So Saturday was fun. Caleb got home Friday night and was supposed to leave Sunday for another round of death by PowerPoint (in Huntsville this time) so we took advantage of our open Saturday and decided that instead of doing something mundane and safe, like sitting on the couch watching football, we’d go traipse around in the woods. 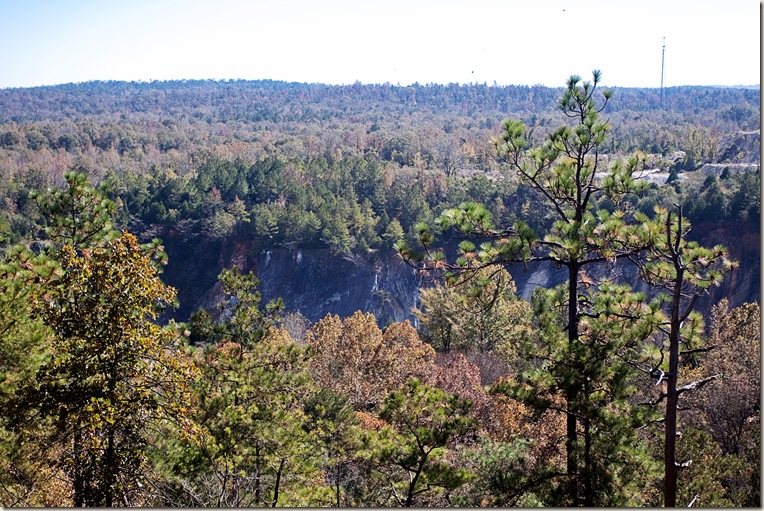 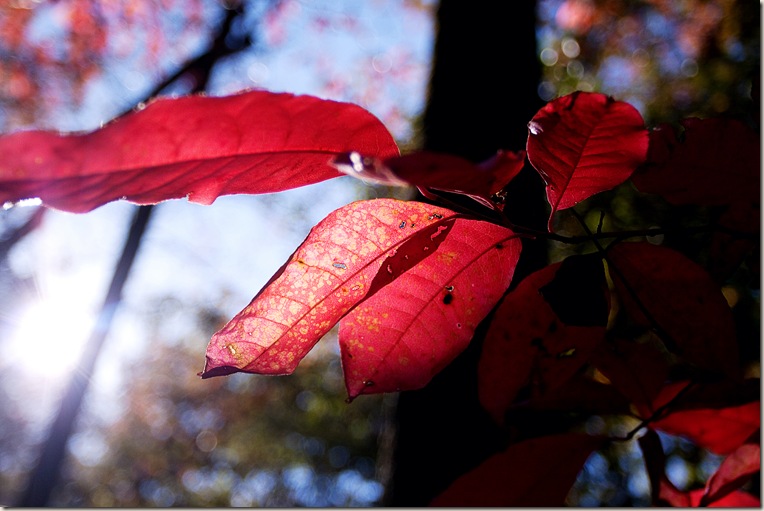 And by the way, the last time Caleb and I were at this particular state park we had biked several miles of trail and ended up down in this rocky valley where the trail becomes too steep and narrow to ride and we were faced with retracing our steps or slinging the bikes over our shoulders and hiking out.

So I thought, meh, if I can haul a bike around in there two little kids should be no problem. 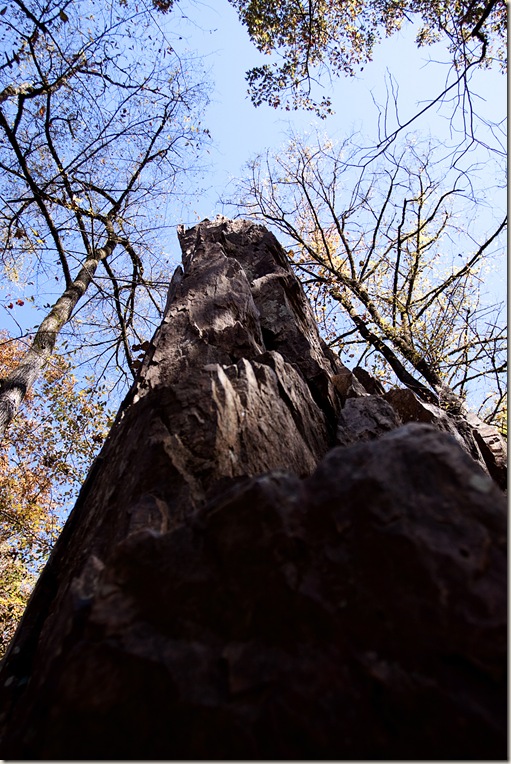 Did I mention that little biking incident was like, five years and two kids and twenty pounds ago? Also, what’s the worst thing that can happen if you slip and drop a bike?

So I guess it just didn’t occur to me that this trail may not be the best one to start a three-year-old on. But we made it down with no mishaps, thanks to Caleb who was carrying Jon on his back and all but carrying Jack in his arms. I was about thirty feet behind them, taking random pictures and trying my best to not bash the camera into any rocks. 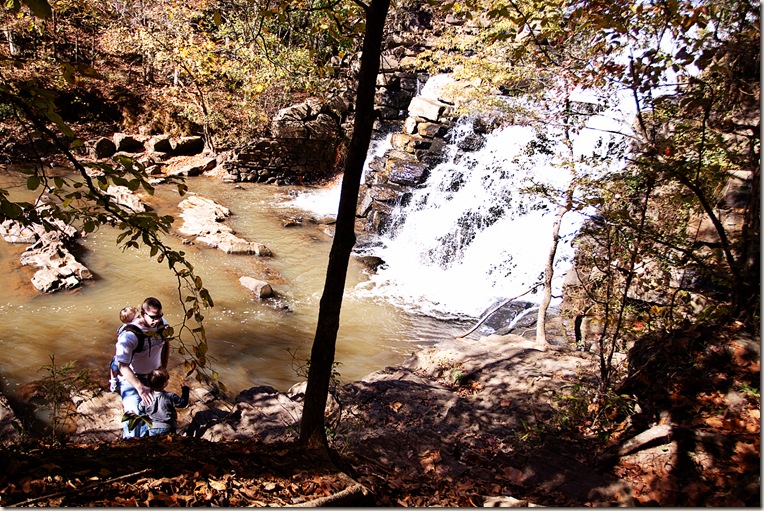 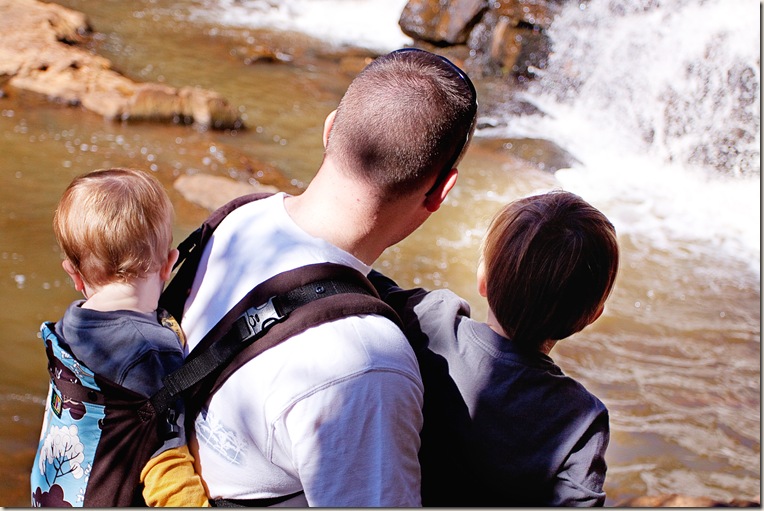 But I eventually caught up. 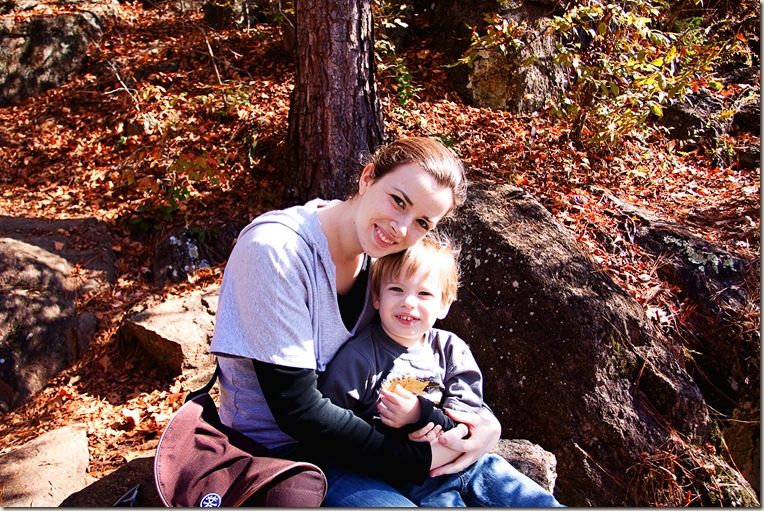 After we’d enjoyed the falls we started debating the best was to climb back out of the gully. The way we’d come in didn’t seem like the best option so we picked our way along the stream and at this point it was taking FOREVER to walk a few feet so I put Jackson in another carrier and was toting him on my back. 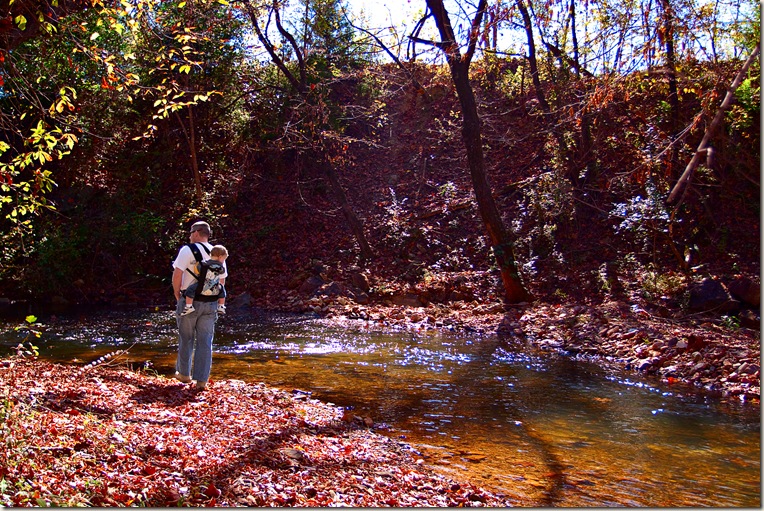 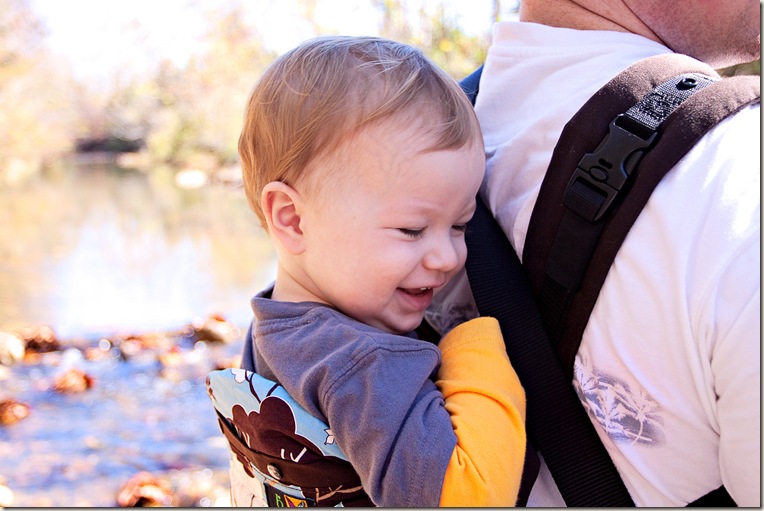 And we’re plodding along, laughing and talking, when I realize we’ve left the stream behind and I’m suddenly having to push through an unusual amount of underbrush. And I’m like Um, Caleb where’s the trail? And he says Oh, we got off it a ways back. And I’m all WE’RE LOST?!? And he goes Um, no, “lost” is when you don’t know where you are, but if we keep climbing in this direction we’ll eventually hit another trail.

Armed with the knowledge that my husband has completed more than his fair share of land nav courses, I pressed on through the increasingly dense forest, with a three-year-old on my back yelling “Mommy, hurry and catch up to Daddy!” 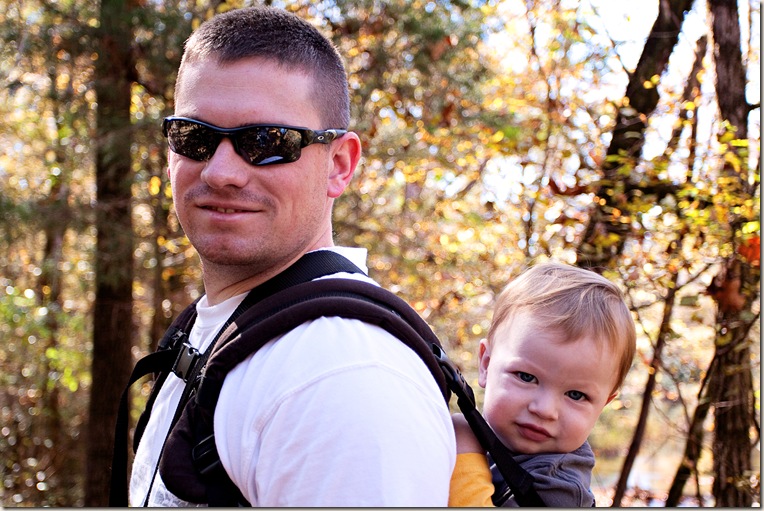 I wish I had thought to get a picture of Jack and I, but the horsey ride only lasted a few minutes after we started climbing the hill before he reached out to grab a leaf off a passing tree and threw me off balance and almost sent us both back down the slope.

At that point Caleb quit asking to trade back burdens and started insisting I hand over the heavier of the kids. I didn’t take any pictures beyond that point because after we switched and continued our uphill marching I was too busy listening to my own personal slave driver who kept whacking me in the back of the head and yelling “GO! GO!” whenever I’d stop. No wonder Caleb wanted to trade.

About ten minutes later I heard him call back that he’d found the trail AND the car.

I doubt I’ve ever been so thankful for fuel and moving machinery. 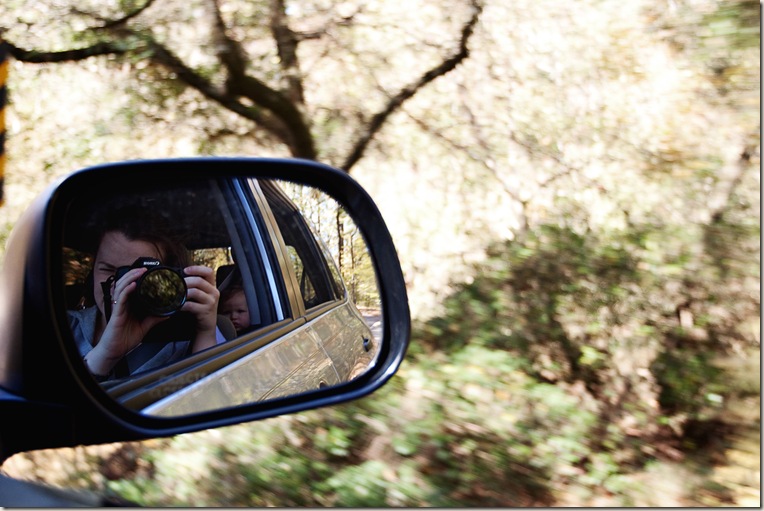 And remind me to hire Jon out as a fitness coach.

Daddy said…
Too funny, hunny. Yes, I think that 2 is a great age to start a job. Oh, and, just for the record, it would be good to point out that no wildlife (including the kids) were endangered during the course of the hike.
November 11, 2009 at 9:18 PM