Yesterday was gorgeous. I can’t remember the last time I was up and out of the house before the sun rose. I couldn’t believe what a beautiful morning it was. The sky was crisp and clear and filled with vibrant reds and purples. 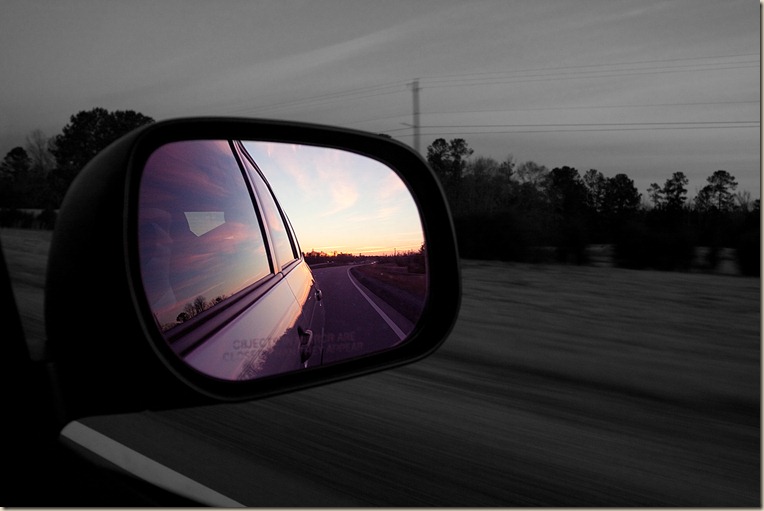 And since I was about driving toward a bus that would take my husband and his unit, it didn’t match my bruised spirit at all. Clouds would have been more appropriate. Or maybe a hurricane.

Boy, I’m glad my mood doesn’t dictate the weather. Hugs are harder in the rain. 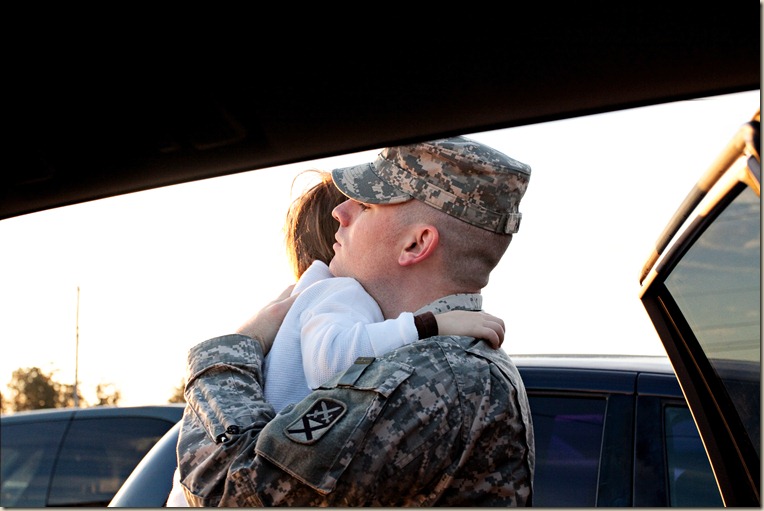 When we got to the armory Caleb said goodbye to the boys, one at a time. 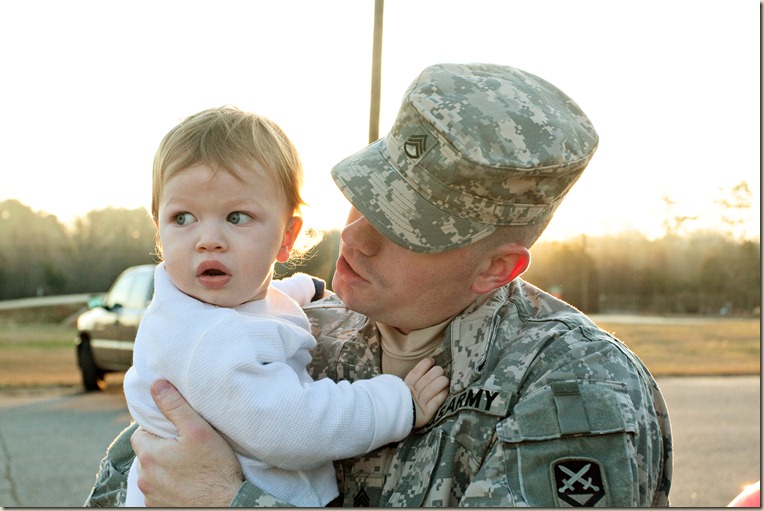 Then he hugged me.

And then he was gone.

Let me tell you, driving away from there was the hardest thing I’ve done. EVER. Forget natural, unexpected home childbirth. This was more like chopping off an arm… slowly. And I was completely unprepared for it. I kept repeating to myself that in three weeks Caleb will be home on a four day pass. This isn’t the last time I’ll see him before he goes “wheels up”. So why do I feel like I’ve been sucker punched in the belly?

Maybe it had to do with all the wives standing in the parking lot surrounding the bus, crying. I just couldn’t watch. So after Caleb said goodbye and was climbing the bus steps I drove out of the parking lot. I made it all the way to the corner, happy with myself for keeping it together.

Then I looked up. 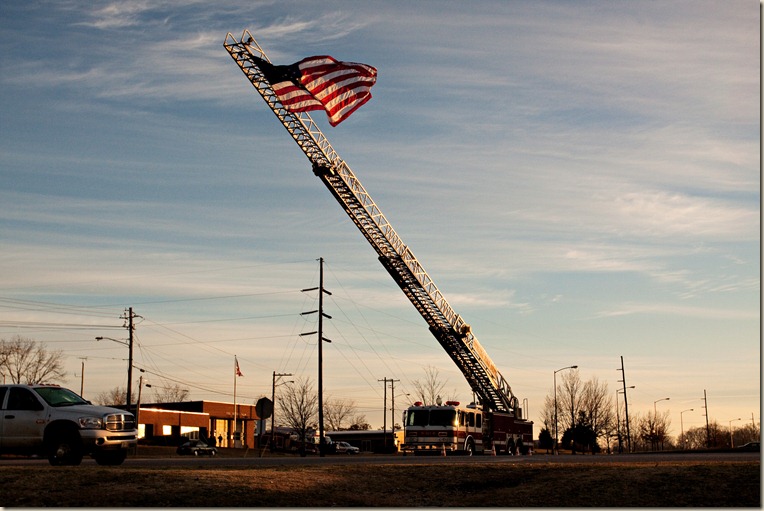 The firefighters at the station had pulled the trucks out and were lining the street, waiting to show respect for the unit as they passed. They had mounted an enormous flag on one of the truck ladders and it was waving over the street, marking the departure route.

So maybe it was the flag. Maybe it was Jackson in the backseat saying “Mommy, why are you leaving Daddy there?!” For whatever reason I pulled into the school parking lot and we sat there and watched as the bus and police cars passed.

I realized I had to let Jackson see for himself. No matter how many times we’ve told him about Caleb leaving, it’s never a reality to him until 5:30 rolls around and the garage door doesn’t open. I knew he wouldn’t believe that Caleb was really going away unless he saw for himself, so even though it just about killed me, I parked and we waved as the bus passed out of view.

And last night when Jonathan suddenly realized Caleb wasn’t here and started looking for him, “Daddy? Daddy!” Jackson said “Jon, Daddy went on the bus, ‘member? We miss him bery much.”

Marian Frizzell said…
made me tear up. I remember. And I did the whole drive away quick before I started crying thing too. Love you so much. Praying for you and the boys. And Caleb as well.
January 28, 2010 at 3:06 PM