Operation: Military Kids was at the deployment ceremony on Sunday handing out backpacks to the soldiers’ children. I didn’t realize they were pre-packed with stuff until the next morning when I dug them out of the car. The boys had a hay-day opening stuffed animals and coloring books, but undoubtedly the most fascinating thing inside were the disposable cameras. 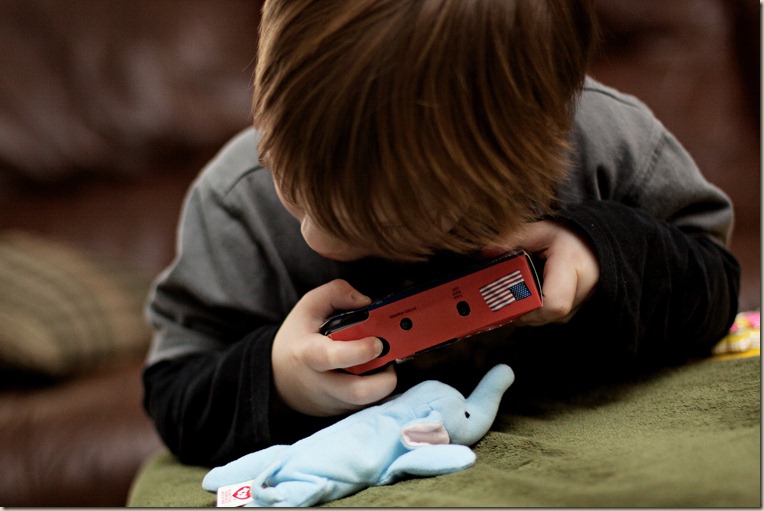 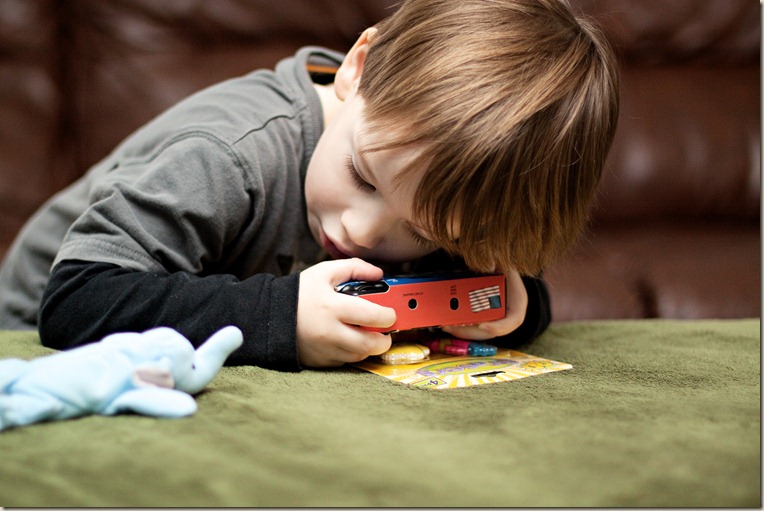 Jackson is passionate about macro photography. 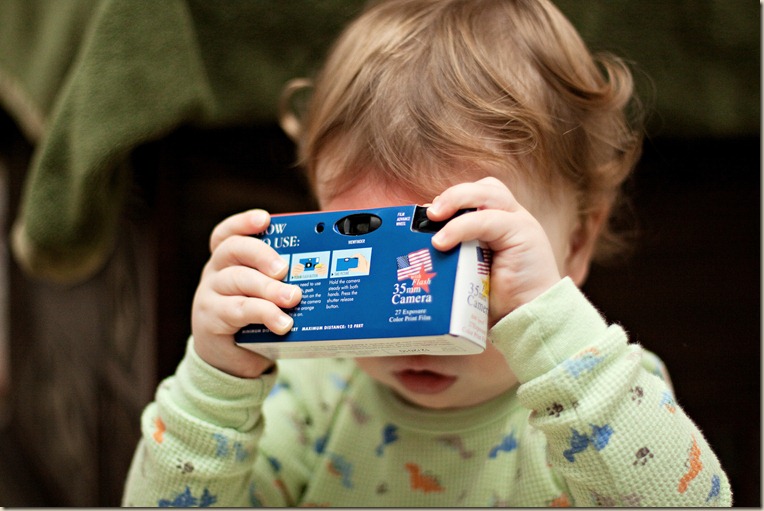 Jonathan is only concerned with blinding himself with the flash. 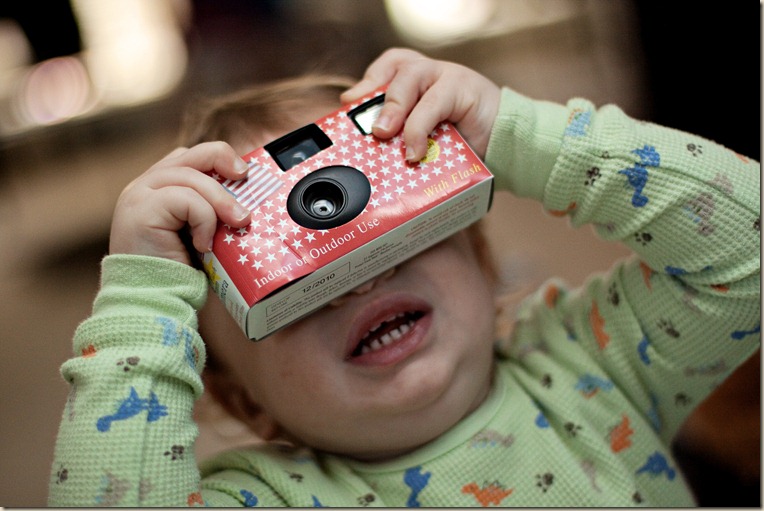 But after a little instruction from me he finally got it pointed the right way.

This kept them entertained for almost an hour while they snapped all 27 exposures. Then Jackson wanted me to plug the camera into my computer and download the pictures. When I told him that was a no go he said “What kinda camera is this anyway?”

Caleb (Daddy) said…
Anyone developing those pictures is going to be playing a game of "what in the world is that?". I love you all so much. Send me lots of pictures, boys.
January 26, 2010 at 6:02 PM