something you may not know

What’s with the military and all the coins? Believe it or not, after all these years I’m just now catching on to this custom. I have selective hearing sometimes. There, I said it. So I guess this was something I just completely missed. Come to think of it. I sort of remember Caleb coming home once, putting a coin in my hand and saying “Look, what (enter an important so-and-so here) gave me today. This side means this and such…” That’s about the point he’d lose me every time. 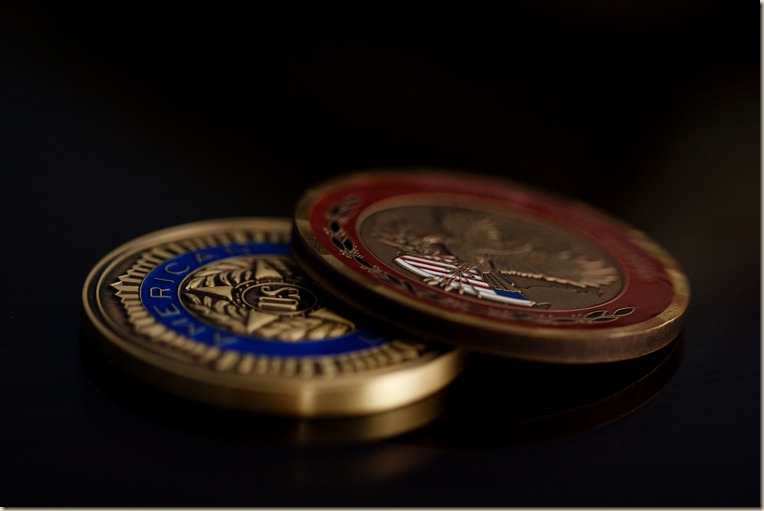 So it wasn’t until recently that I discovered each of those coins he kept in his drawer had a special significance. Commanders give them out to mark special occasions, to improve unity, or honor someone for specific hard work. Obviously different coins have varying degrees of importance. It’s sort of like the prize inside the cereal box. You keep buying the same cereal over and over even though you’re thoroughly sick of it because you just want to get that one elusive Pokémon card to complete your collection. Pikachu is pretty common but Raikou is rarely seen, and therefore highly valued.

By the way, the above illustration is in no way reflective of anything that happened to me in my childhood. 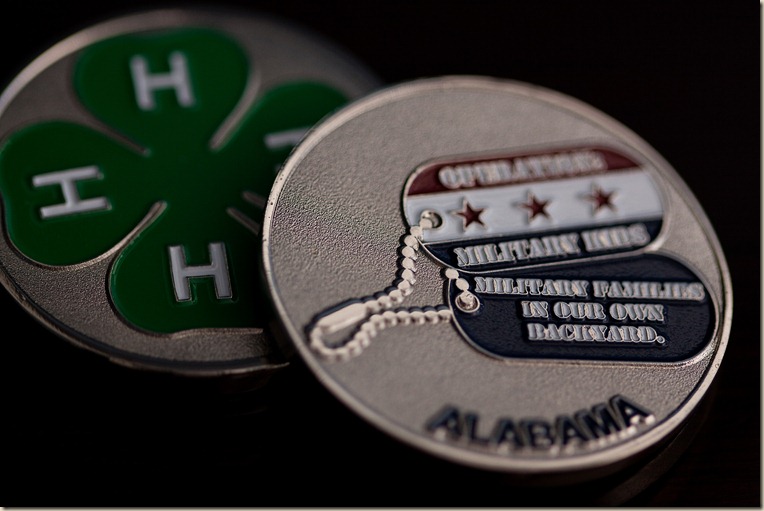 These coins were given to Jackson and Jonathan at Caleb’s deployment ceremony. I was not at all surprised to see them being handed out there. After all, there were at least four or five similar ones at home in my husband’s drawer and one stashed in his wallet.

About the wallet one. I discovered it by accident one day while we were driving along on the way to somewhere and I was passing the time by riffling through Caleb’s wallet. Am I the only wife who likes to do this? I don’t consider it snooping since he’s usually around to observe my browsing. I like to look at the business cards he’s acquired or the random reminders on crumpled notepad corners I find stuffed into the crevices. It’s way more interesting than the inside of my purse.

Anyway. On this particular day we were headed to the local bread shop, which is where we unload all our change. I was actually hunting for quarters. But all I found in the change pouch was a lonely coin. And not the kind you can buy bagels with.

I couldn’t resist teasing Caleb about it so I was all “Why in the world are you carrying around this coin in your wallet?” I mean, really, did he think it was going to get him into a movie for free or out of a traffic ticket?

“It makes me feel safe.” He was dead serious.

Wait, what? Really? Is he serious? Because my husband is the farthest from superstitious as one can get so I really had to stretch my mind to believe he might actually think this little coin would save him from a car wreck or, you know, stop a bullet. Surely not.

After a few minutes I swallowed my disbelief and said “Safe how?”

“Well, when I go out with the guys someone usually throws down their coin and whoever’s caught without one has to buy all the beer. It’s tradition. The higher ranking your coin is, the better off you’ll be. So, yeah, that coin makes my wallet feel safe.”

And that, my friends concludes this lesson of Army Uncoded 101. Don’t get caught without your coin.

Marian Frizzell said…
Yup, coining, I got a crash course one night when we were out with a bunch of guys Josh was training with. There were about 20 of them, and one poor girl had forgotten her coin. Luckily, it was pretty late in the evening and most of the guys had already had enough. I looked it up the next morning. And on more recent coining news, let me take this opportunity to brag a bit and tell you that Josh got coined by the Secretary of the AF two days ago. I was pretty proud. :)
February 3, 2010 at 11:13 PM