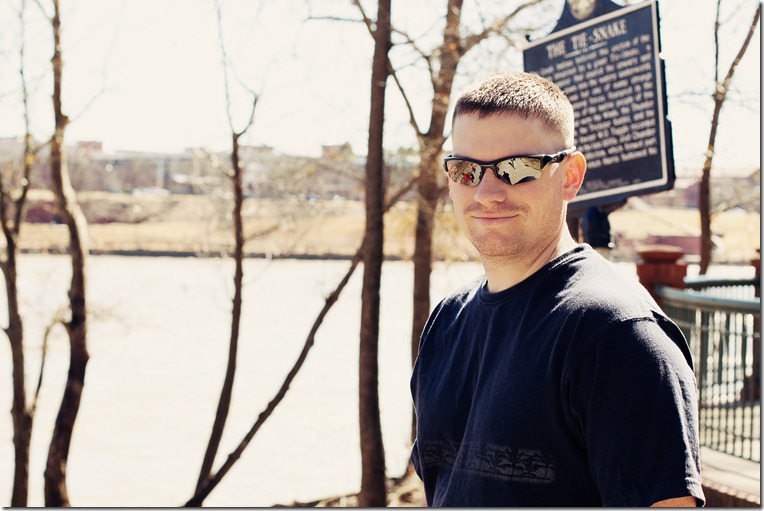 I know its impossible to pack an entire year worth of fun into three days, but we sure did try. Caleb got home late Monday night and Tuesday morning we hit the ground running. We visited both Ranger Joes and Commandos (Military supply stores) because although I consider myself decent with a sewing machine, I won’t touch Caleb’s uniform alterations with a ten foot pole.

Some of our other activities included eating at our favorite Japanese steakhouse, playing at the park, movie night (Monsters Inc.), and one night we took the boys to Chuck-E-Cheese. They had never been and were a little overwhelmed (as were their parents). They got the hang of it eventually and ended up having a blast, but we couldn’t convince Jonathan to set foot on any of the rides. On the way home I look at Caleb and go “You know that kid at Disney World you see sitting with his mom by the ride exit waiting? I think Jon is gonna be that kid.”

This is more his kind of activity: our favorite spot along the Chattahoochee. 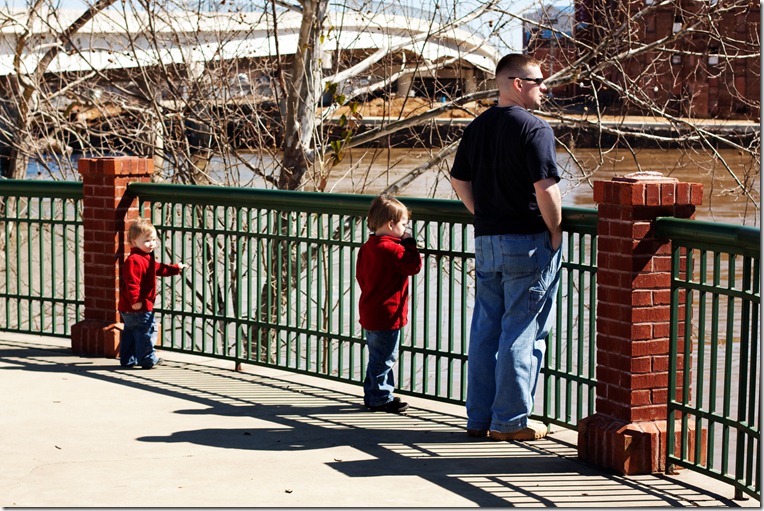 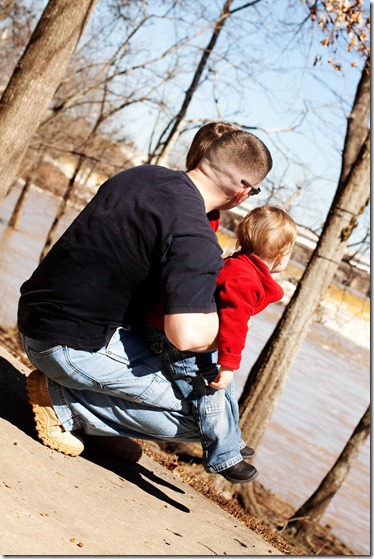 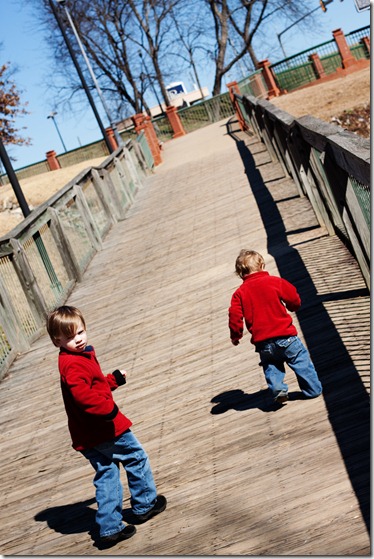 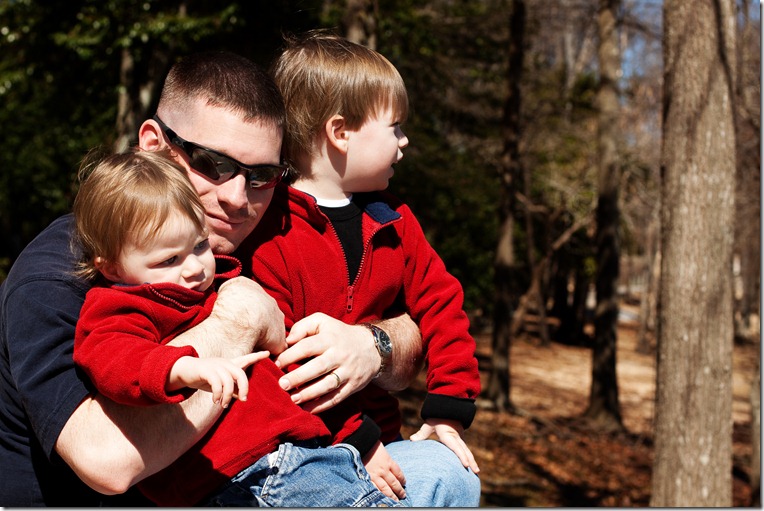 Have you ever dreaded something for so long and so hard that you were sick with it? This morning that moment arrived for me. I thought it was going to choke me lifeless. As I watched Caleb pull out of the driveway it was all I could do to just keep breathing and I wondered briefly if I was going to die right there on the concrete.

My head tells me that in the grand scheme of things, a year is not very long at all. But today my heart tells me it is forever, an expanse of time stretching in front of me that I cannot see the end of.

So when Caleb called several hours later to let me know he’d made it safely, he asked me if I was alright. And of course I said I was fine. But as soon as I hung up I sat there and wondered if I’d just lied to my husband. Because today was hard. Tomorrow will be better. But just for today… I’m not fine.

VLR said…
Hey Jackie. I have been thinking about you. If you need anything or if there is anything I can do for you and the boys, call me. You have family here that loves you all. VLR
February 20, 2010 at 12:05 AM