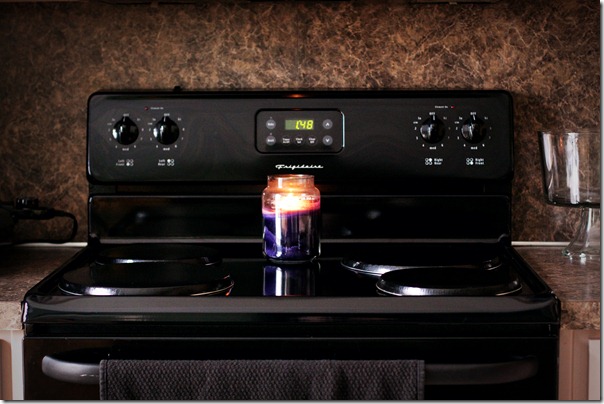 We’d only been in this house a few months when we had the first “incident” with the stove. One day I decided I was tired of staring and the element coils and the drip pans, so I came home from the store with four black stove top covers. It all went downhill from there.

I was somewhere back in the house (unpacking and being productive, I’m sure) and Caleb was making us some dinner. I don’t remember what he was fixing that night, but I do remember the blood-curdling “OH NO!” and the hazy smoke and the horrid smell that oozed out of the kitchen and down the hallway. And I remember racing into the kitchen in time to see Caleb standing over the stove with a pair of tongs, fishing a very hot, smoking, melting element cover off a red hot element. And as we worked together to air out the house several minutes later, his only explanation was a shrug and “I dunno, I guess I turned on the wrong one.”

A few weeks later it was my turn. What started as an afternoon tea quickly turned into a fumigated house and another warped and blackened element cover to add to my collection. And you’d think with only two covers left on the stove we’d decrease the chances of charring another, but before I knew it we were down to just one.

And then I made another trip to the store and came home with four brand new ones to add. Because having just one element covered looks a bit odd. And I was certain we’d learned what NOT to do when boiling water.

Except maybe not. Because the five we had, has now turned into four. And two of those look like this on the bottom: 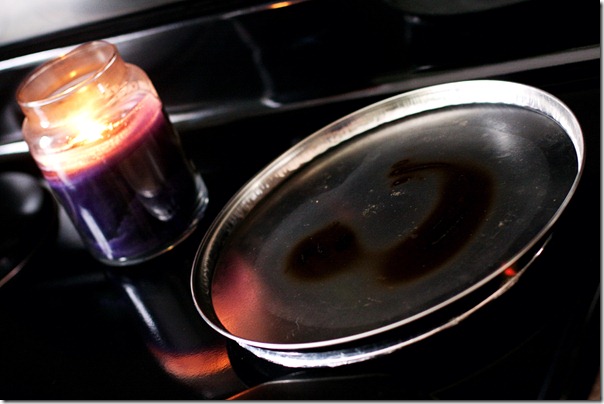 At this point you may be wondering if I’m completely qualified to be here alone with two small children. Let me assure you that even on my worst days I’m a very careful and responsible parent.

Clearly I just played hooky from preschool the day we learned to match the object with it’s shape. 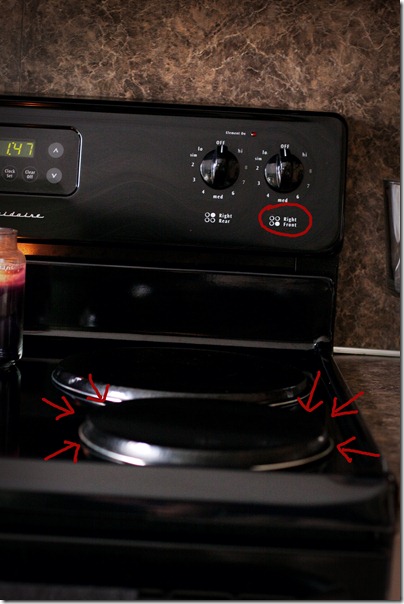