my house is dirty and this is why

The reason is this: I simply cannot vacuum the house without something bad happening. Period. The boys view cleaning as an invitation to get into mischief. And of course I can’t hear what’s going on over the roar of the vacuum. Unless they scream. And the thing about screaming is I can’t usually differentiate between screams of terror and screams of death. They sound really similar. And where the vacuum cleaner runs, screams of terror always follow.

Both Jackson and Jonathan are petrified of the vacuum cleaner. I gave up long ago trying to cure it. Now I just deal with it. The only time I’ve ever seen them not run away was when Caleb was vacuuming. Now, what exactly that means, I have no idea.

Anyway, on a normal day, when the vacuum runs, the boys run too. And then they get out of my sight and into trouble. It’s like as soon as I flip the switch, a neon sign flashes above my head “YOU MAY NOW MAKE YOUR MOTHER MISERABLE”. Without fail, someone breaks a vase, someone runs into a wall, someone terrorizes Miss Tiggy until she’s a huffing, hissing ball of rage. Whatever. Something just always happens.

I really like living in a clean house, but not at the expense of my sanity. Therefore, I wait until the dust bunnies are threatening a mutiny and the crumbs are in danger of becoming fossilized on the kitchen floor before I do something about it.

Which was exactly what was going on one day last week when I’d put off vacuuming for as long as I could stand. So with great trepidation I plugged it in and flipped the switch.

I only made it halfway through the house when I heard yelling coming from the kitchen, where I found Jonathan crying, wiping at his eyes, and smelling overwhelmingly citrusy, while Jackson stood by screaming “I told you! I told you!”

Oh yeah, and this 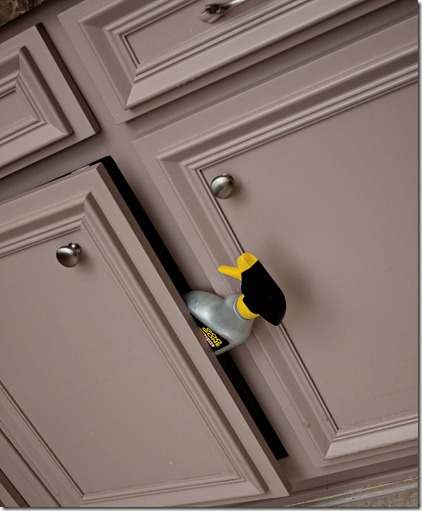 which is as far past the “child safety latch” as Jon was able to wriggle the Goo Gone bottle. It was far enough for him to spray himself in the head and then proceed to wipe it into his eyes.

Oddly, what terrorized him the most was me pinning him to the floor while I flushed his eyes for the 15 minutes prescribed on the back of the bottle. 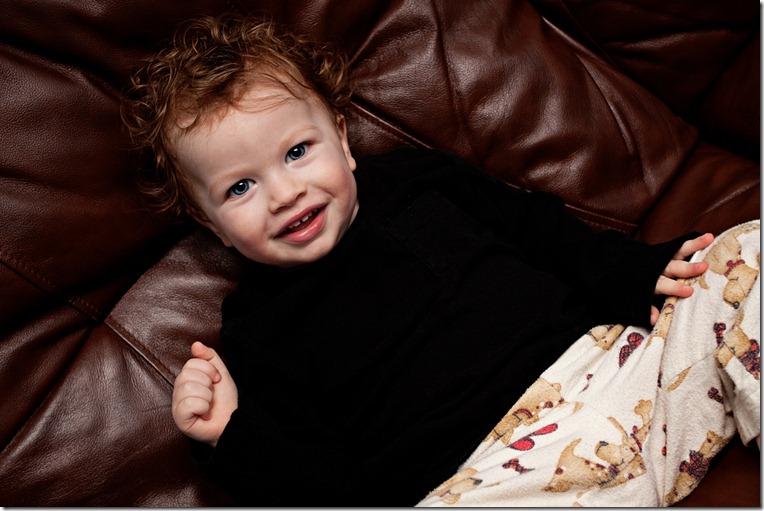 I, on the other hand, lost four years off my life. And I never finished vacuuming the rest of the house.