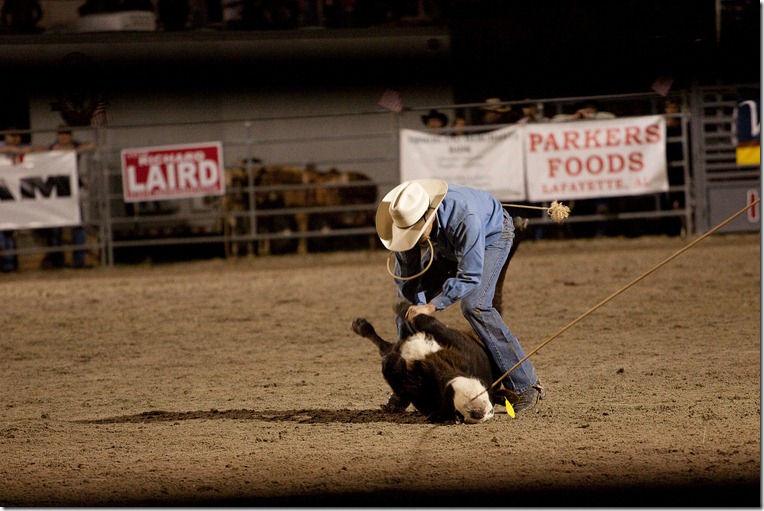 Check out this little cowboy dude. He was the only high school student to compete in the calf roping on Friday. He had an awesome start, nabbed the calf straight out of the chute, but everything went downhill from there. 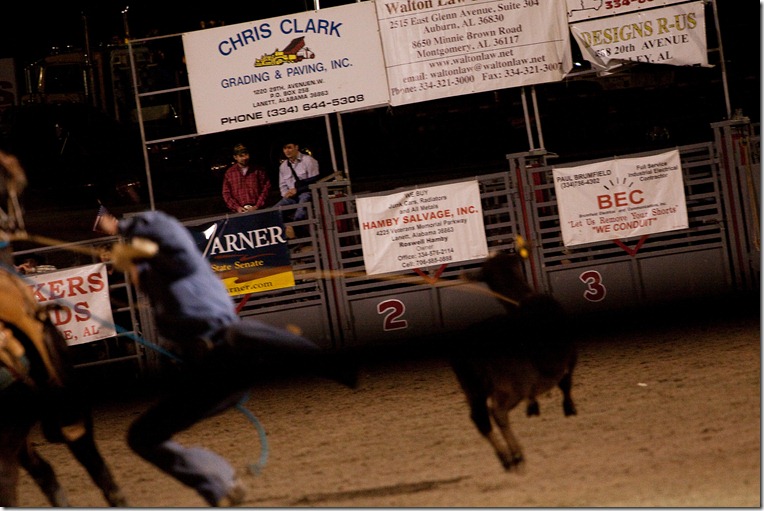 First he performs one of the most ungraceful dismounts I’ve ever seen, complete with three head-over-heel rolls through the dirt, before jerking upright and running in a dizzy swerve toward the calf. 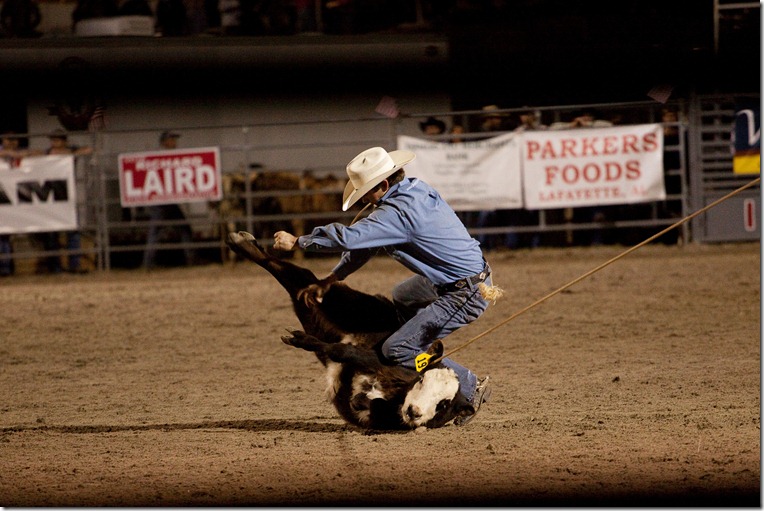 Where it quickly becomes apparent the cowboys behind the chute gave him the wildest beast in the bunch. 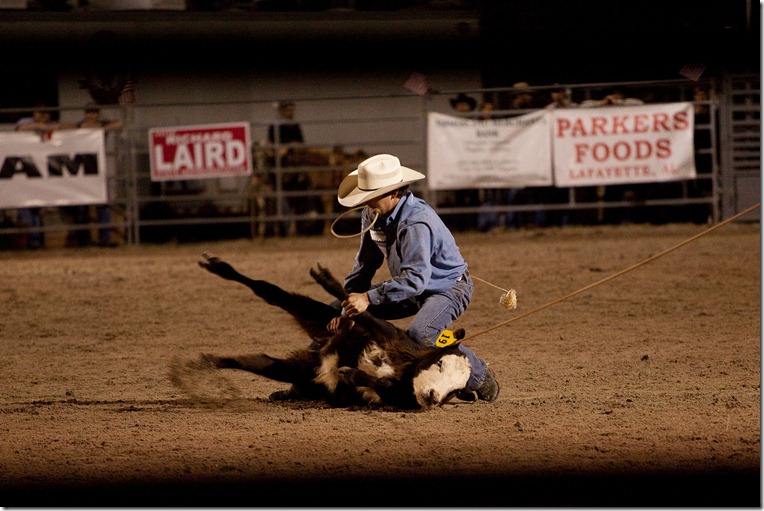 He’s thanking them right about now. 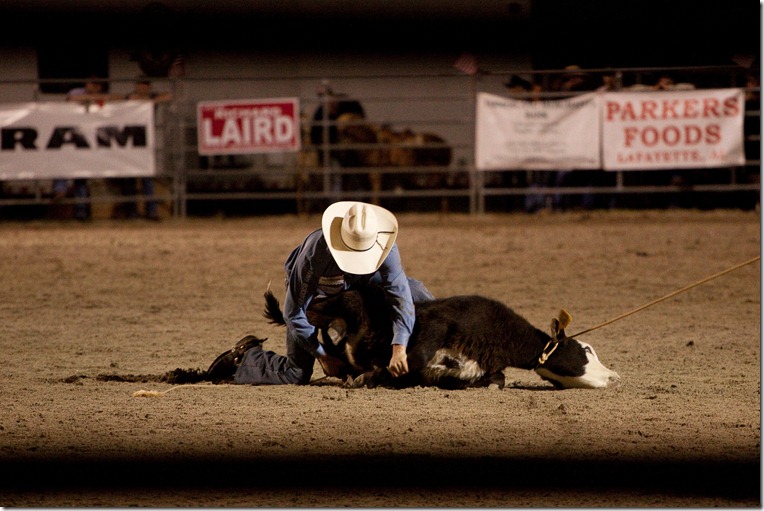 And I’m thinking I need a shot of whatever this calf is caffeinated on. 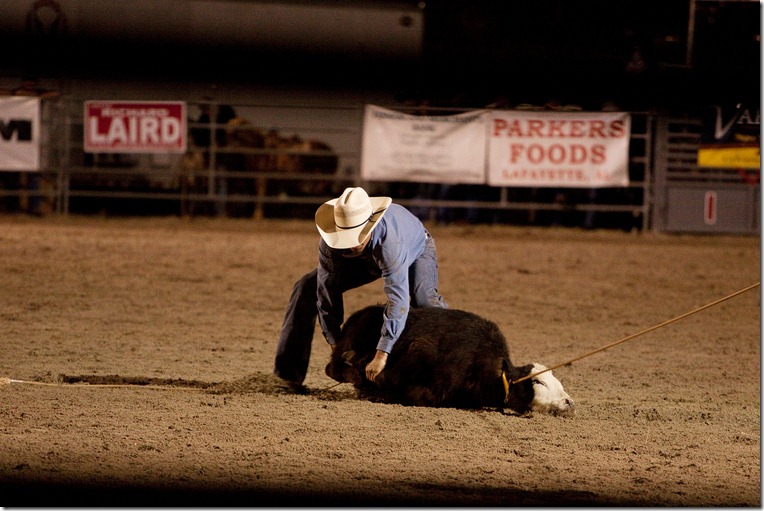 This is going on so long that we’re all in pain. 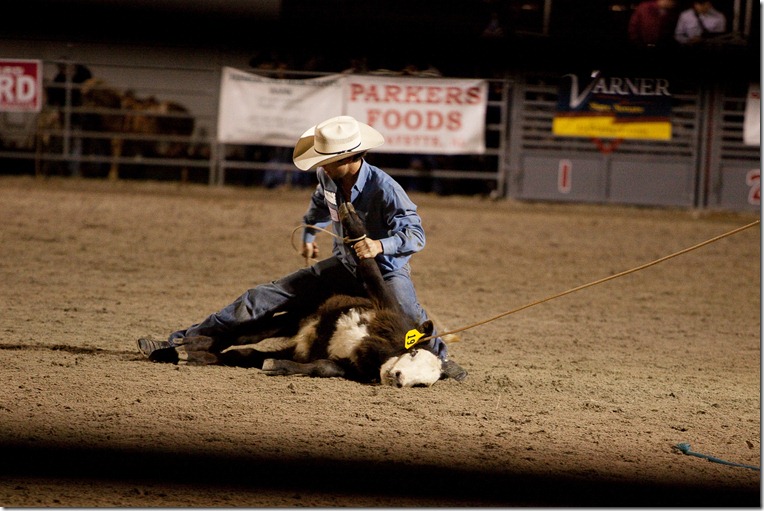 And finally the calf goes “Oh, fine. Here’s a leg.” 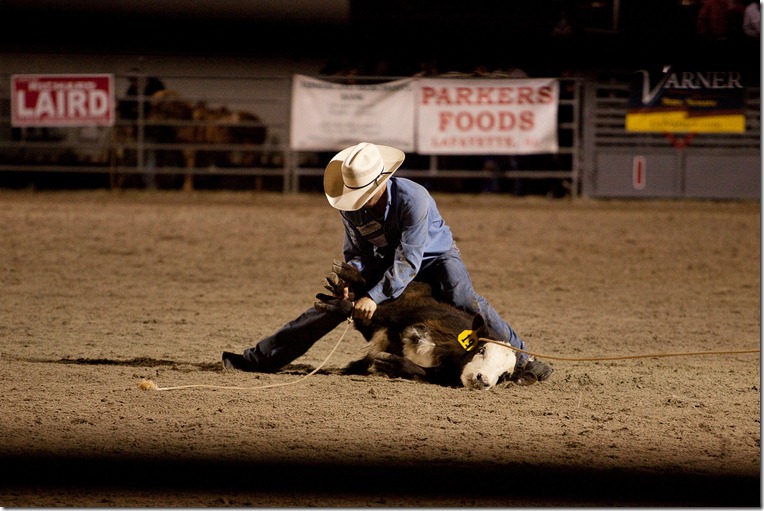 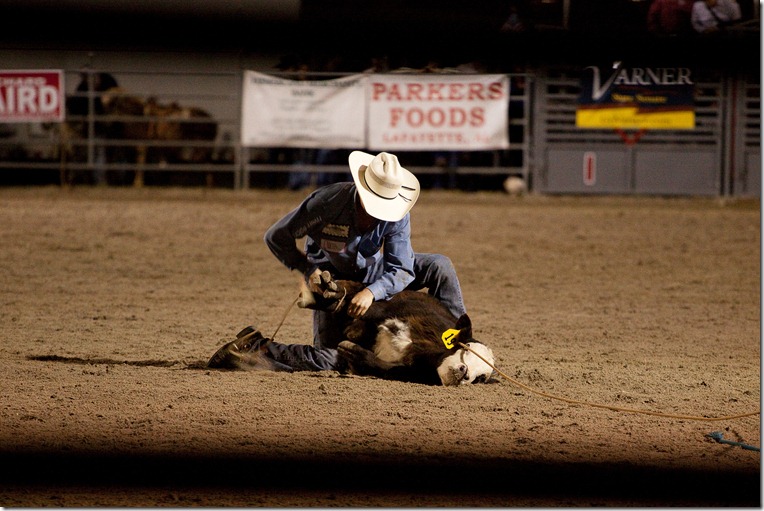 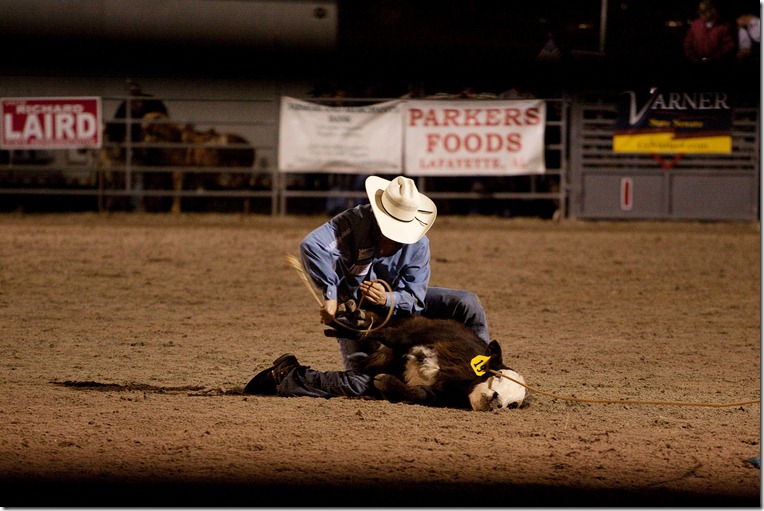 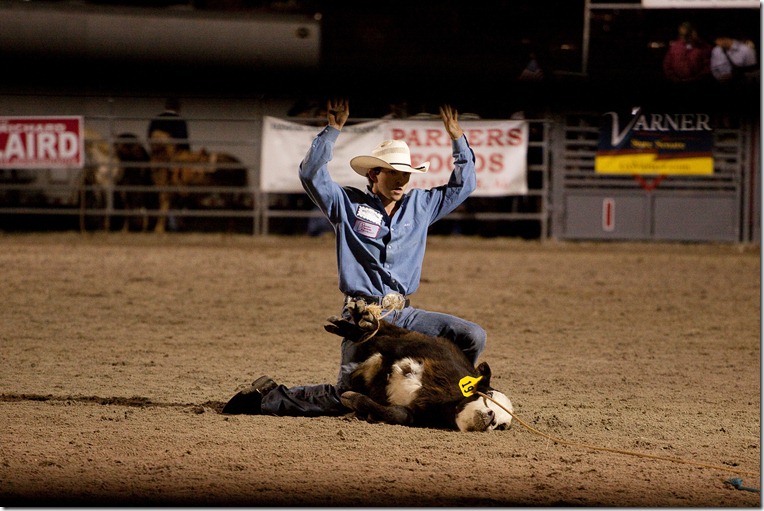 Perseverance: the stuff cowboys are made of.

Anonymous said…
Poor guy. We enjoyed it better through your eyes than he probably did:) BUT the perseverance will be valuable for a LIFETIME!
Love,
Dad
April 13, 2010 at 6:38 AM