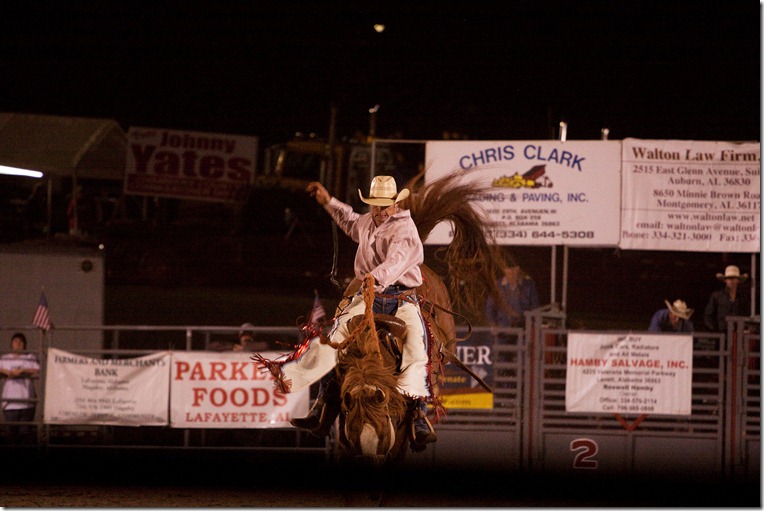 Friday night was the county rodeo. And we were there. So, if you happen to be one of the folks who left the 12 messages on my machine while I was gone, I promise I wasn’t ignoring you. We got home after 11:00 so I didn’t return any of those calls, obviously. But I did do a double-take when I hit the blinking button on my way down the hall, juggling a comatose toddler and three pairs of tennis shoes reeking of horse manure, and heard “you have twelve unheard messages.” I don’t think my machine has ever had that many messages at once. 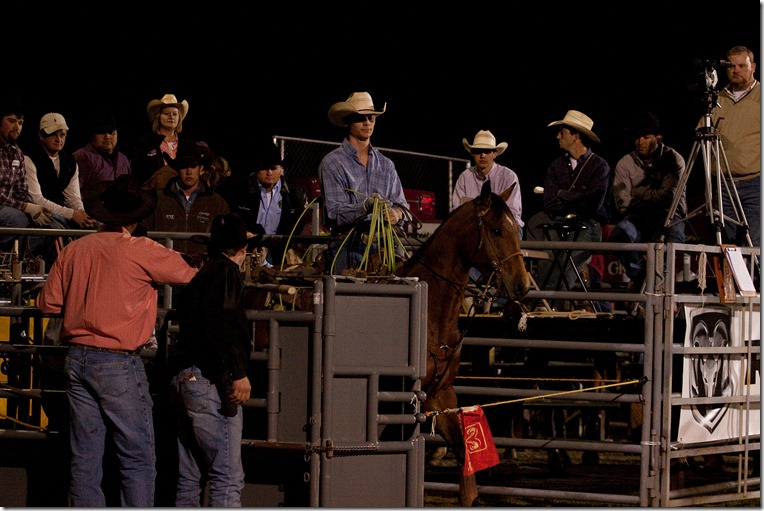 Anyway. We were there in the stands for three hours, watching the hooves and hats fly. I took a few pictures, but mostly I concentrated on keeping Jackson out of the cow pen.

And I did a LOT of explaining. 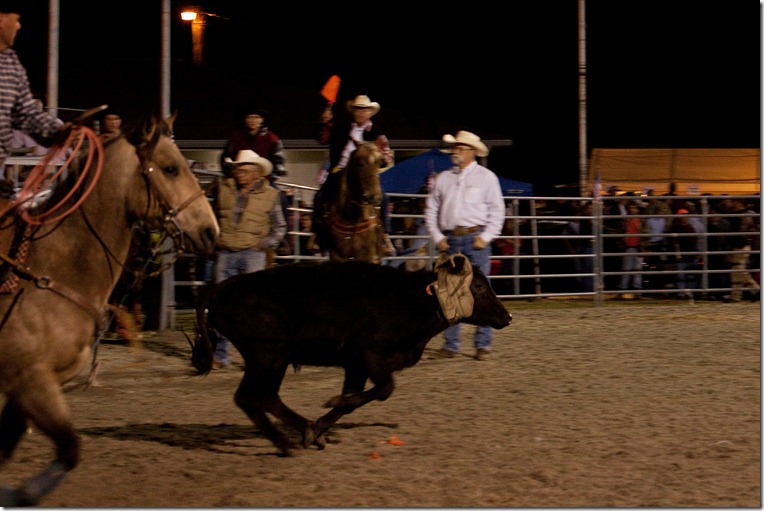 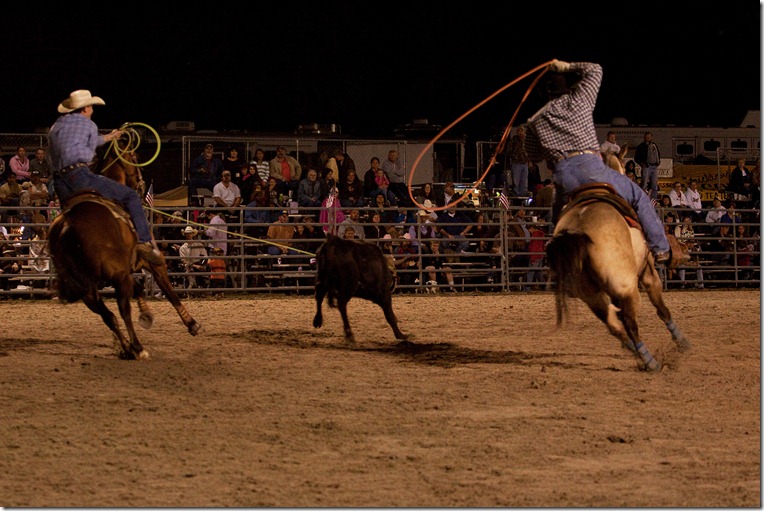 “Why’re they tryin’ to catch the cow?” 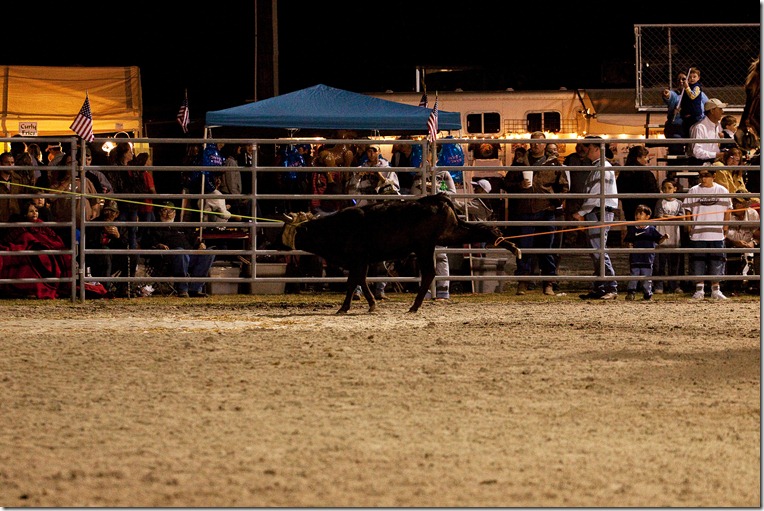 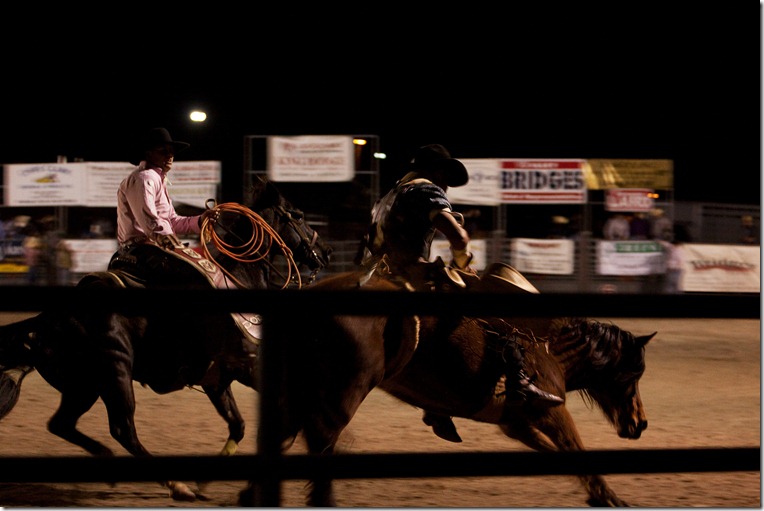 Fortunately the only “incident” I had to explain was the very first guy out of the gate bronc riding who lasted about three seconds and then was thrown, trampled underfoot, and lay in a heap on the ground for several minutes while the MC screamed for the paramedics. 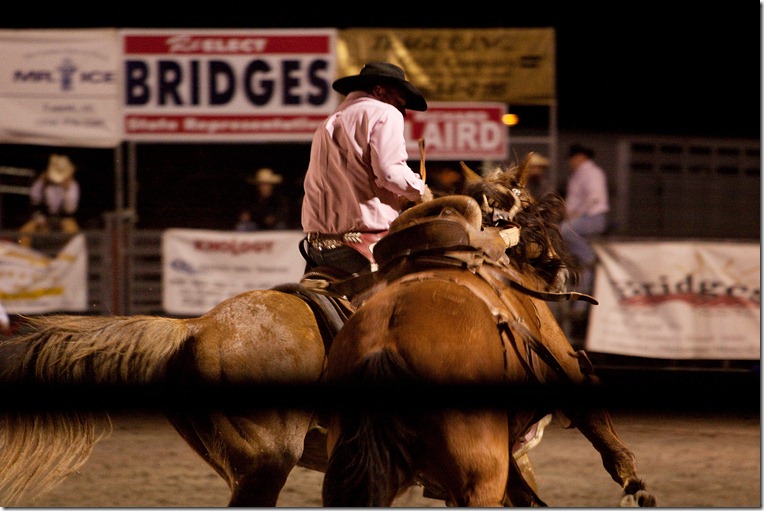 I don’t know what those paramedics where up to, maybe having a tea party back there in the ambulance? But they took their sweet time getting into the arena, during which time the horse effectively dodged the wranglers and continued to vault across the dirt and careen into the fence ten feet in front of where we were sitting. 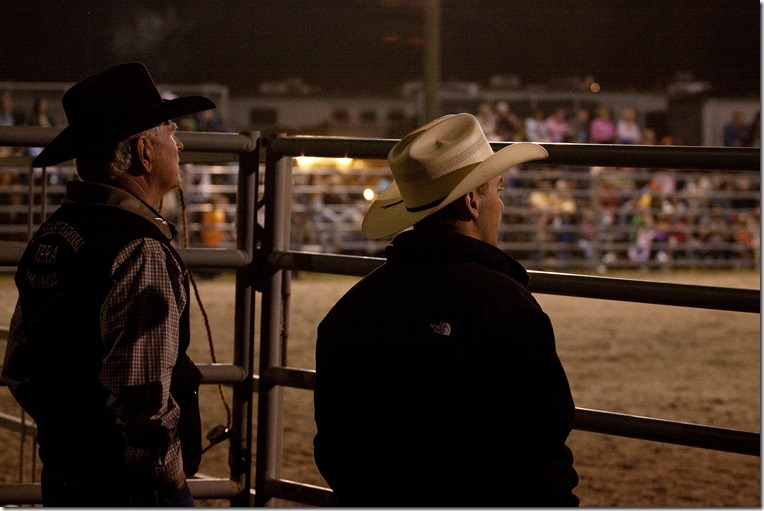 These guys are standing a lot closer that I would be.

They did finally get the horse unhooked and the paramedics arrived and escorted the cowboy out in a neck brace. He waved to the crowd as he passed and we all clapped.

And then it was on with the show. Because injuries at the rodeo are, well, not an uncommon thing. 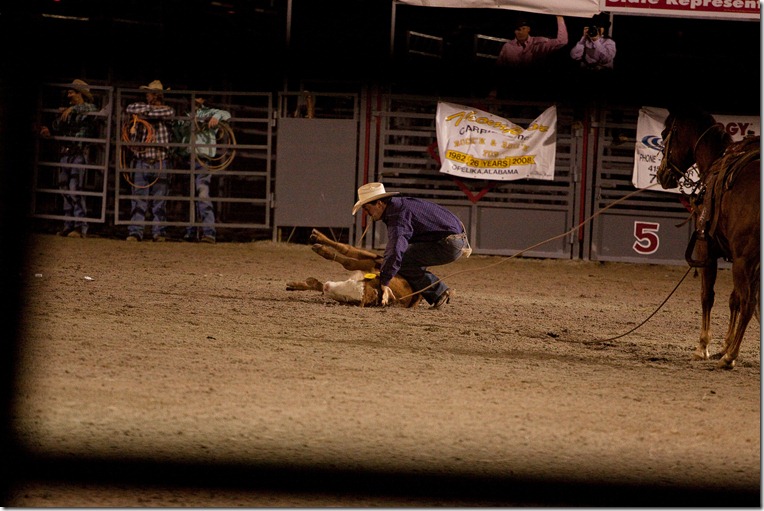 And this is what I really came to see. This is calf tie-down roping. 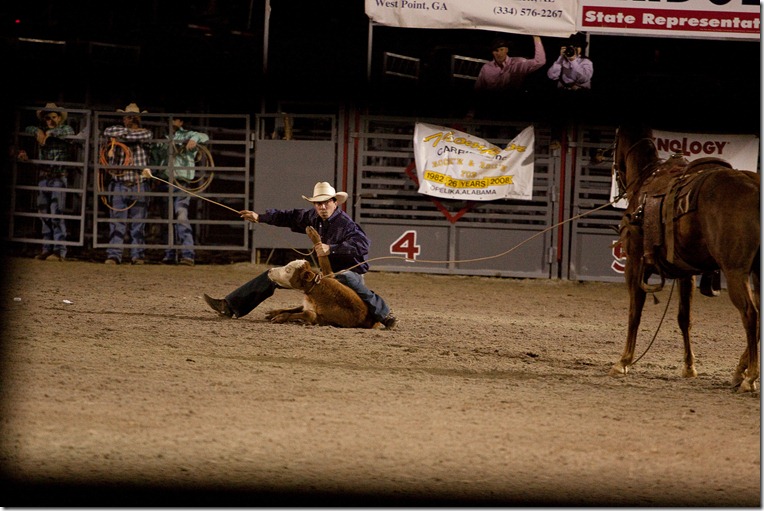 This, in my humble opinion, is about the coolest thing. Ever. This sport requires critical timing, precision, an acute partnership between cowboy and horse, and of course speed.

Once the calf is released from the chute, the rider lassos it and pulls the horse up quickly. Critical timing.

The calf is jerked to a stop, but cannot be thrown on the ground, or the rider looses precious time waiting for it to climb back to it’s feet. Precision. 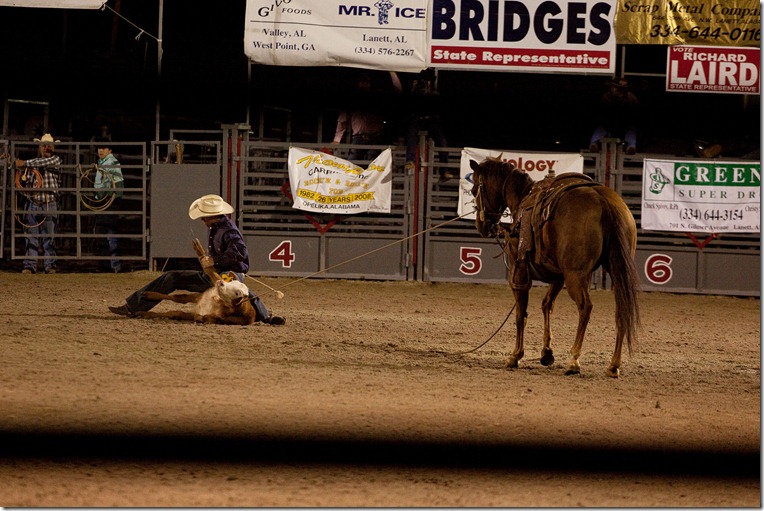 Jumping off the horse, the rider yanks the jerk line, which encourages the horse to back up and maintain tension on the calf rope. Partnership. 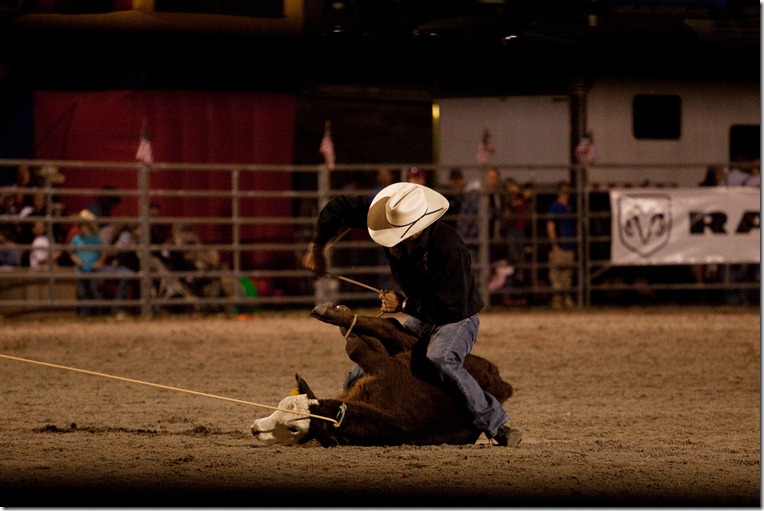 Then the roper runs to the calf, flips it on it’s side, and uses a shorter rope (carried in his mouth up until this point) called a piggin’ string to tie three of the calf's legs together. Speed. 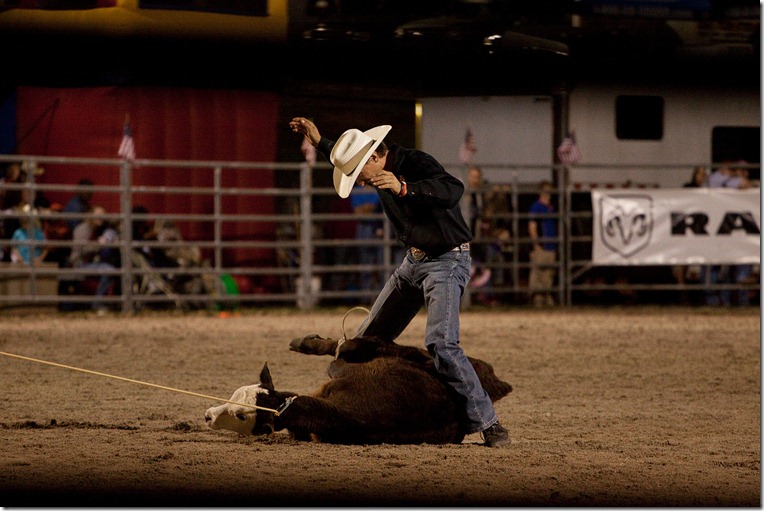 In this instance, raising both hands is not a sign of surrender. It means “Stop th’ clock, she down!”