Guess what landed here a few weeks ago. Snow. I want to put an exclamation point behind that just because of how utterly thrilled the kids were. The last time they saw snow was on Christmas Day the year Caleb was in Iraq (probably the only thing that could have redeemed that holiday for me). Unfortunately, this year the snow wreaked a good deal of havoc on our state and while we were busy running in and out of the garage in our pajamas catching falling flakes, my brother was stuck at work overnight because the roads in Birmingham were full of ice and wrecked cars. So… bittersweet snow. It was almost dark when it finally started to fall here. Naturally we sent the kids out in their pajama pants and wrong sized coats, got them nice and cold and wet, and brought them back in and put them to bed. Parent of the year award! My cousin, Sarah, got snowed in with us. We had a blast and she won the biggest snowball award. The next morning there was enough snow on the ground for us to play in. Not quite enough for a snowman, but enough for sledding down our hill and enough to put a serious smile on Jon’s face. Impossible for me to forget the ten million times he asked me for snow this year. In fact, it completely overshadowed the tooth he lost that night. He didn’t even remember to put it under his pillow because he was so excited about playing outside next day. (photo, above and below, by Sarah) 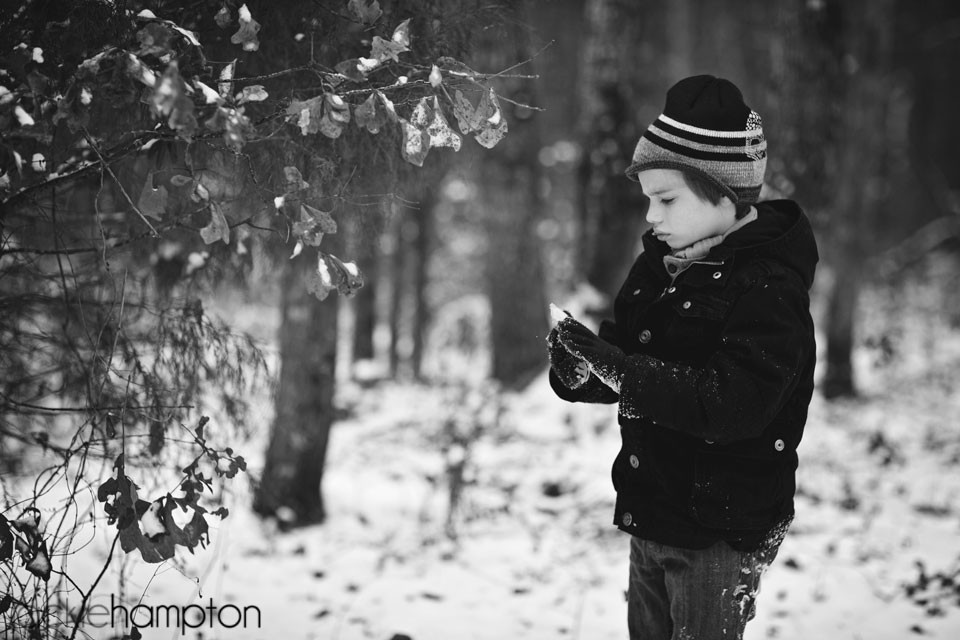 (thanks to my cousin, Sarah, for the family photos)