the bit about a broken arm 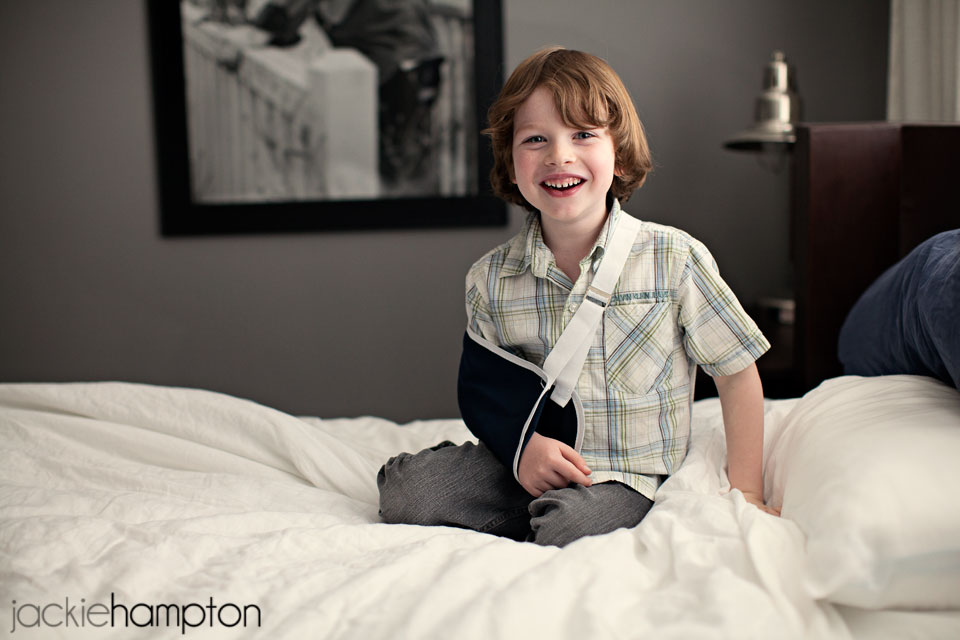 Guess who turned six years old with his arm in a sling?

Three days before his birthday Jonathan fell of his bed in the middle of the night and broken his arm. The fall was about 5’5 feet and he did it while sleep. One might argue that he is a little young to be in a bed that high, but I would counter that this child will find a way to fall out of anything. Since the accident my increased scrutiny of his everyday behavior has convinced me he should be surrounded by crash netting at all times. He is always on top of the table, sitting half off a bar stool, climbing the counter or trying to slide down the hallway in his socks. How did I not realize all this before? You’d be amazed how stressful life can be when the doctor’s orders are “don’t let him fall off of anything else”.

Even though the bone was broken through, putting him in a cast was impossible because of how close to his shoulder the break was. And when it was suggested by the radiologist that we might be headed for an orthopedic surgery, I must have looked extremely terrified or like I was about to faint because they found me a chair quick.

Thankfully he ended up needing nothing more than a sling and time to heal without re-injury. Easier said than done with a six-year-old who lacks a sense of self preservation. In fact, he fell off a chair in the living room the very next day. And I instantly sprouted three gray hairs. 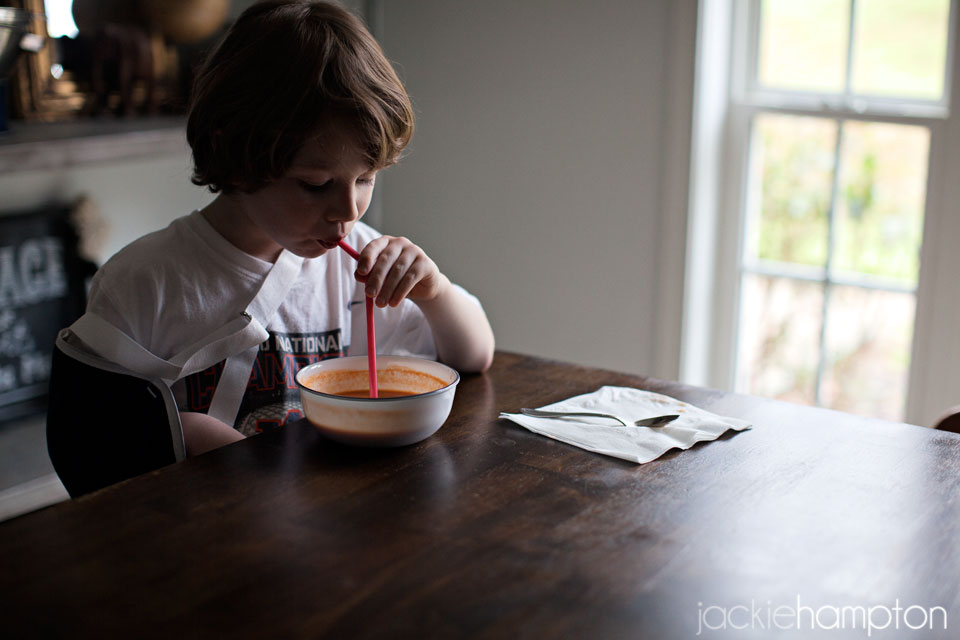 Aside from that, things have gone very smoothly the past few weeks and Jon is out of the sling and using his arm as normal.

Lessons I learned from a broken arm:

2. little boys can handle more than you give them credit for.

3. a broken bone will not convince a little boy that rocketing down the driveway in a red wagon is a bad idea. 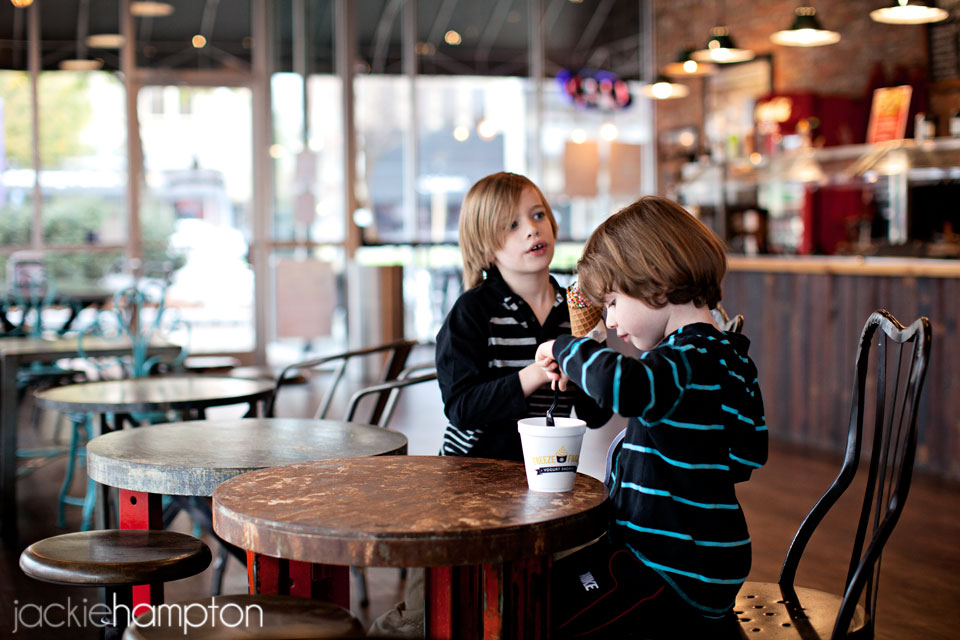 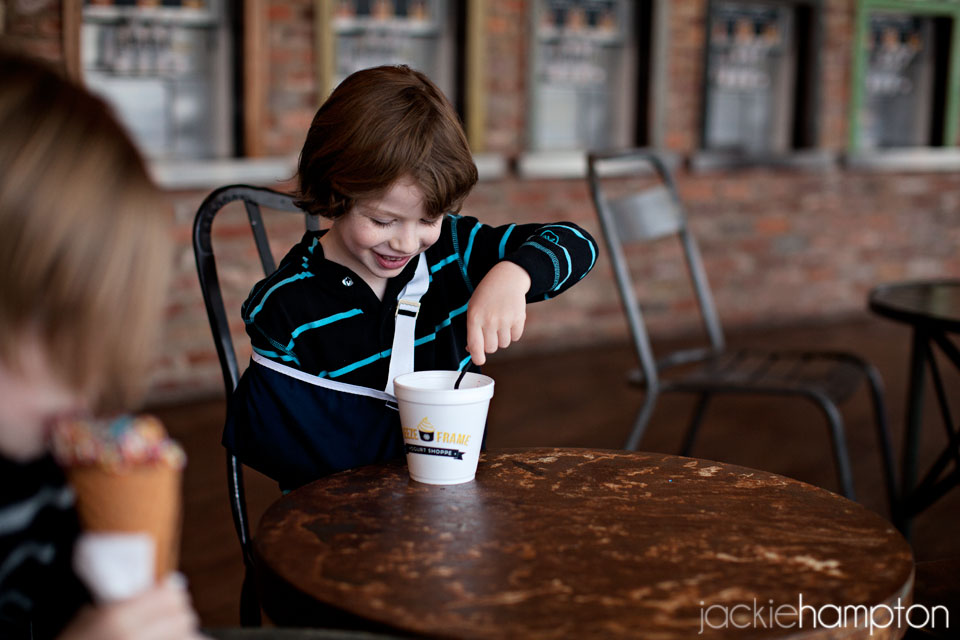 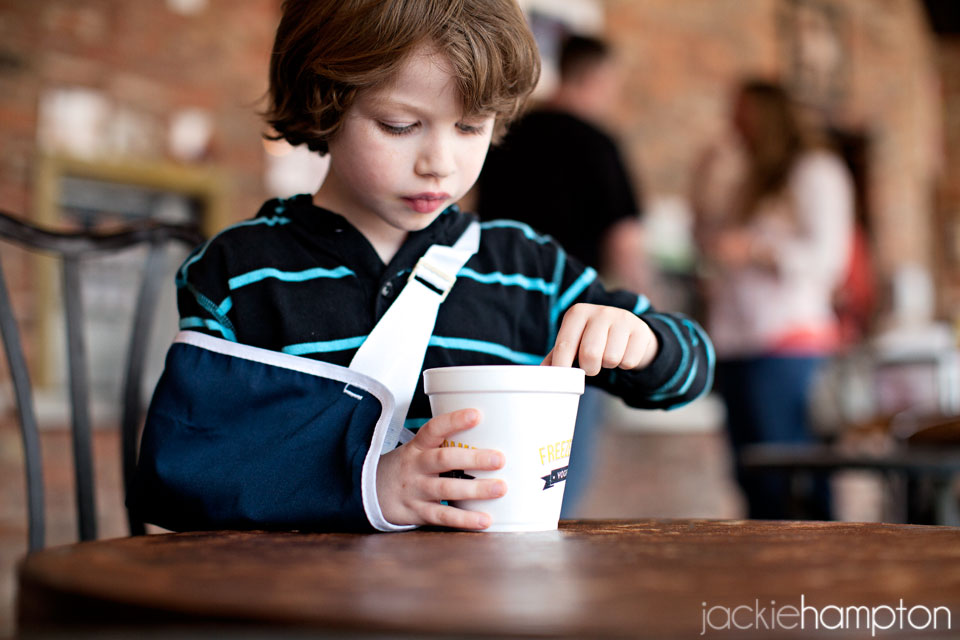 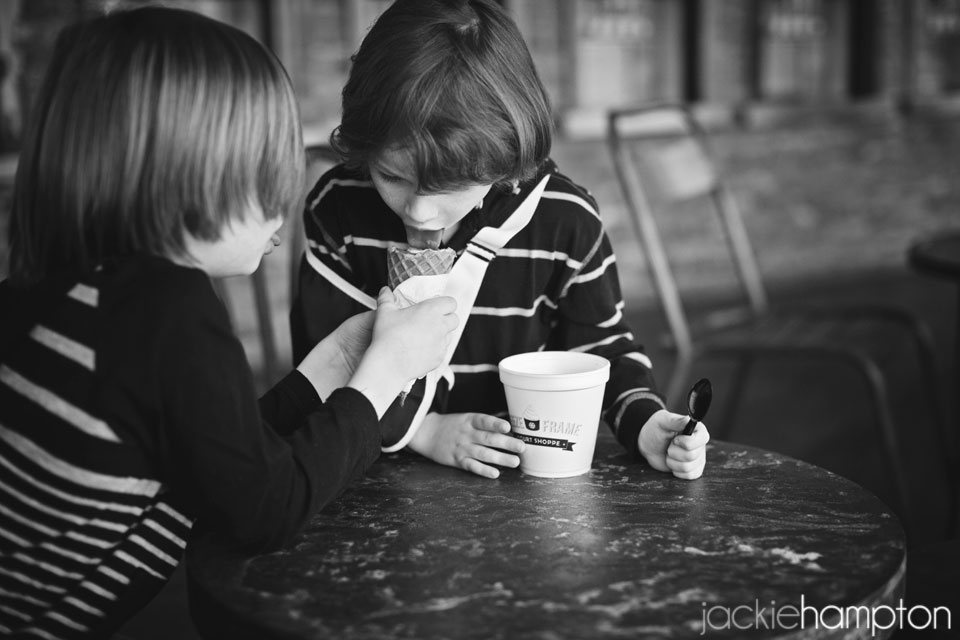 On his birthday day we took Jon to our best hangout where he proved he can gobble just as much frozen yogurt left-handed. The day was awesomely finished with my favorite, “the cone share”, complete with empathetic tongue action. 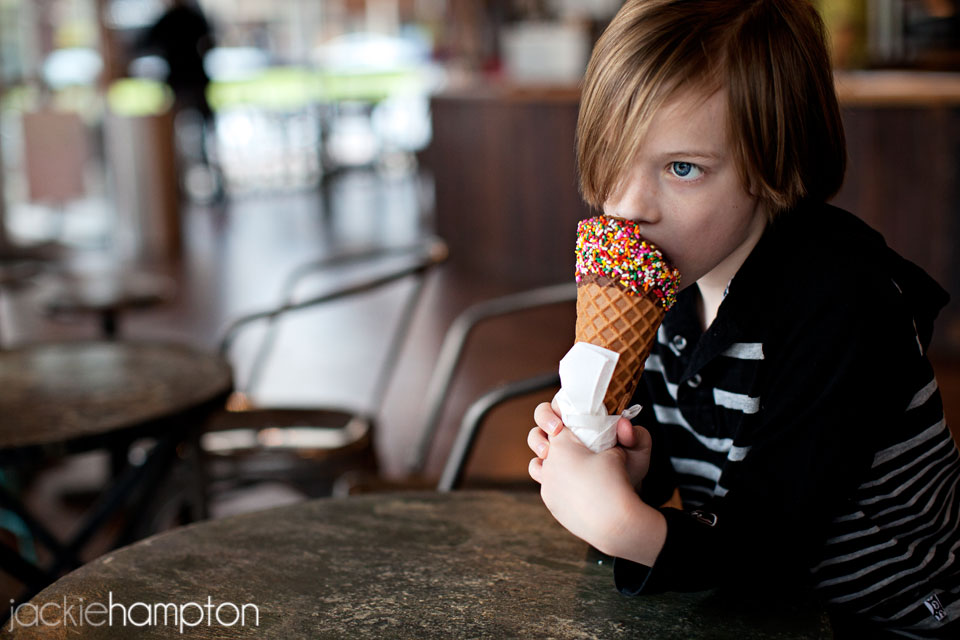 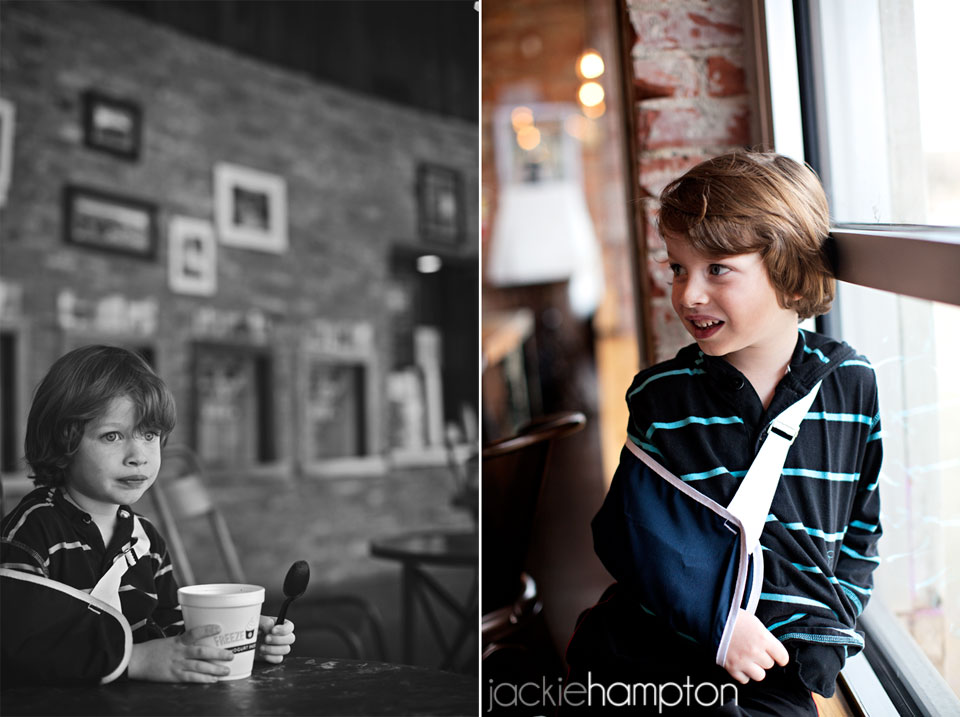 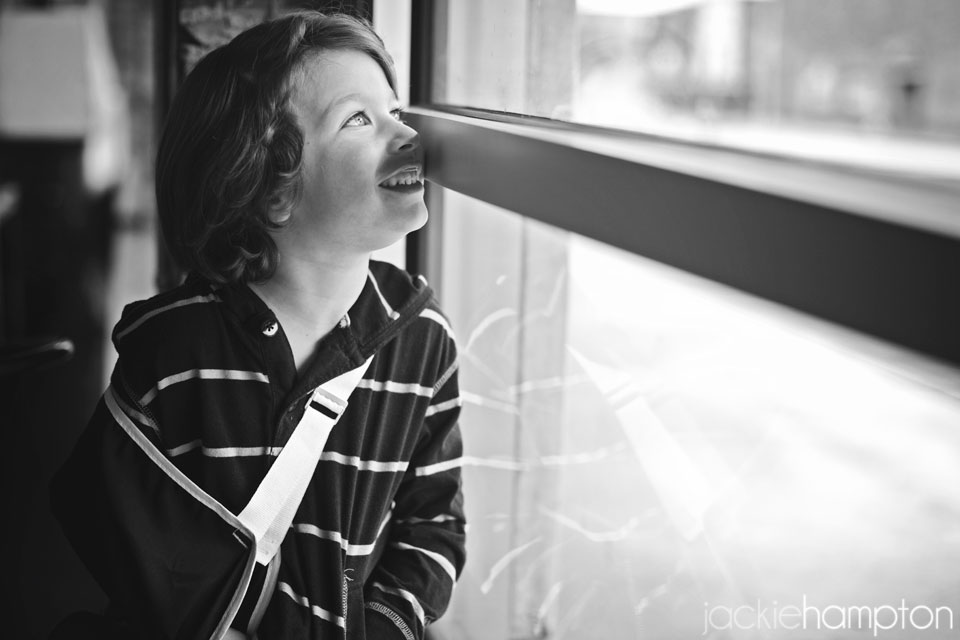