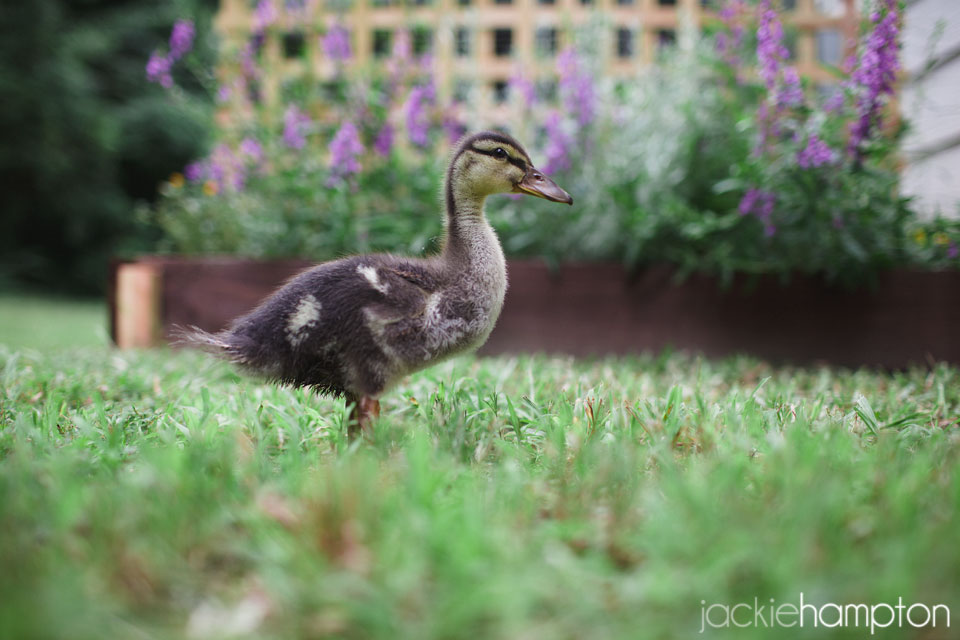 This is the last picture of Wobble from before we went to Huntsville. We left him and the dogs at the clinic where my dad works. They were gracious enough to keep him when our usual boarding location said “Um… I don’t think we keep ducks.” He got a bath every day and didn’t have to live in the kennel with the dogs (because he thinks dogs are beneath him). I’m very grateful to have had a vacation where I didn’t need to worry about whether or not he was loose in the house. 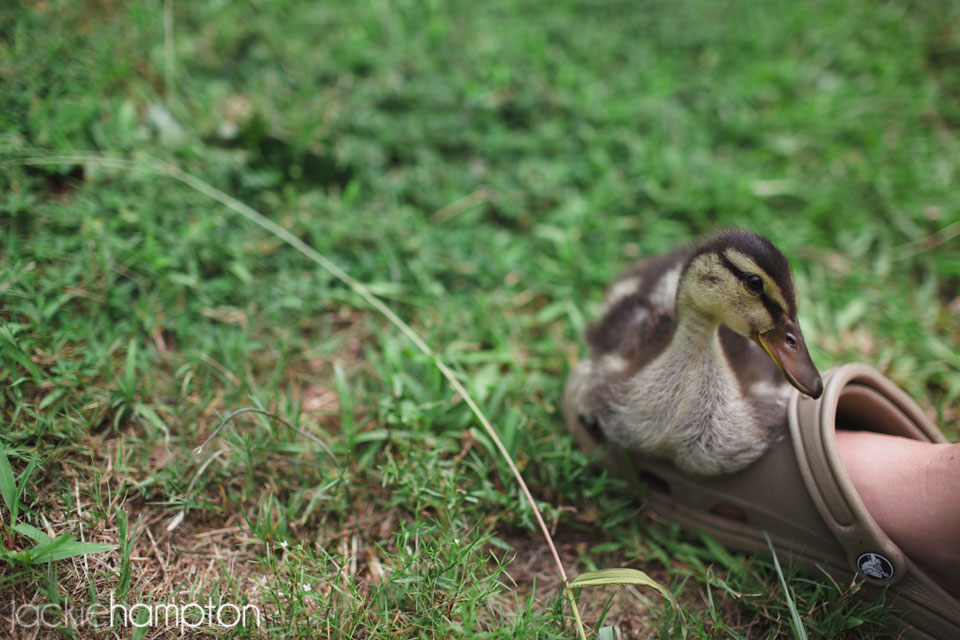 It was only four days that we didn’t see him, but when we went to pick up the animals on Friday I couldn’t believe it was the same duck. He’d up and busted out with a ton of feathers and a teenager-ish attitude to go along with them. Gone were the days of being my little shadow and perching on my feet (because crocs are safer than grass, I guess). 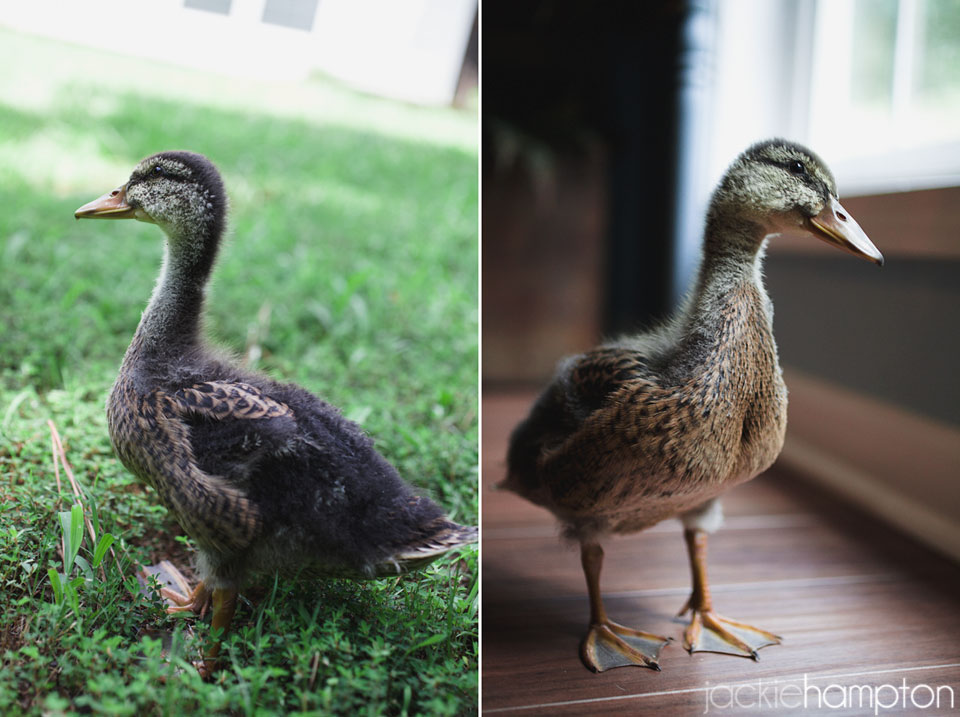 His new feathers seem to have given him a huge sense of self-confidence. He still follows us around and quacks desperately when we leave him alone, but he’s decided he doesn’t like being picked up. At all. And he’s very good at keeping just out of arm range so I have to really be quick to catch him. 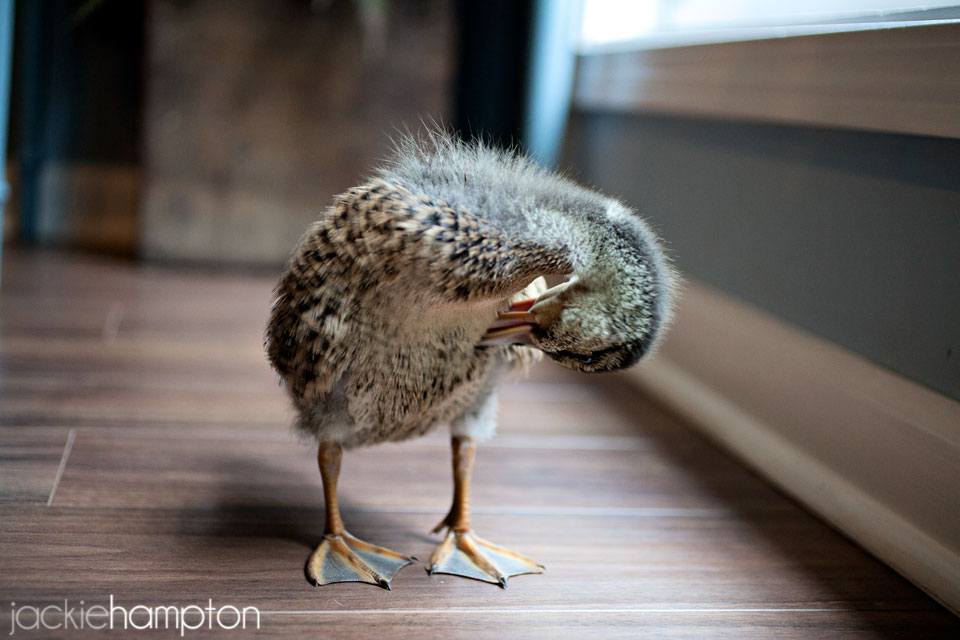 This is mostly aggravating because he has very little to no sense of danger. So taking him into the yard involves me keeping both eyes wide open for possible predators and hoping I can successfully lunge and grab him quickly enough if I spot one. 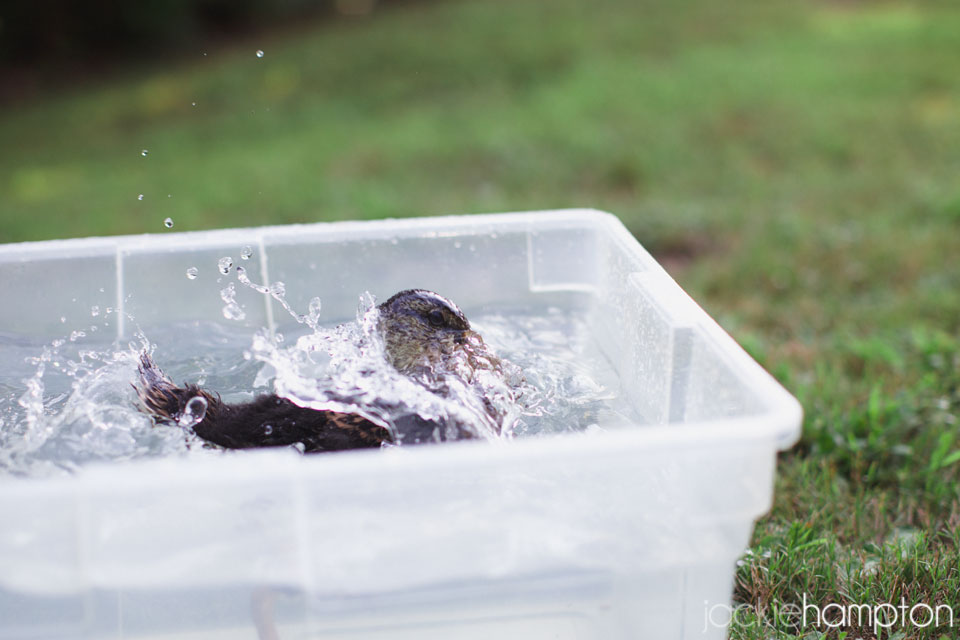 Treats are the best way to a duckling’s heart, it turns out. We always have a bag of peas or kale with us when we take Wobble outside to bathe. 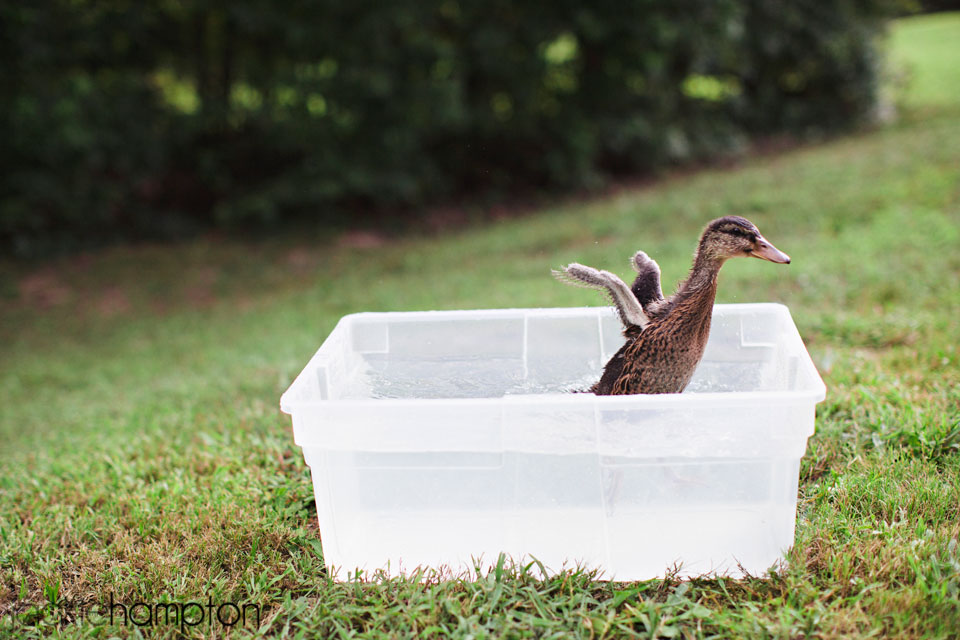 This is the sweater box Wobble lived in right after he was born. He outgrew it in just a few weeks and now lives in a much taller one. For a while he bathed outside in the old box and we were all happier (because I didn’t have to scrub out the bathtub every day), but he quickly outgrew that and is now mostly back to the bathtub. 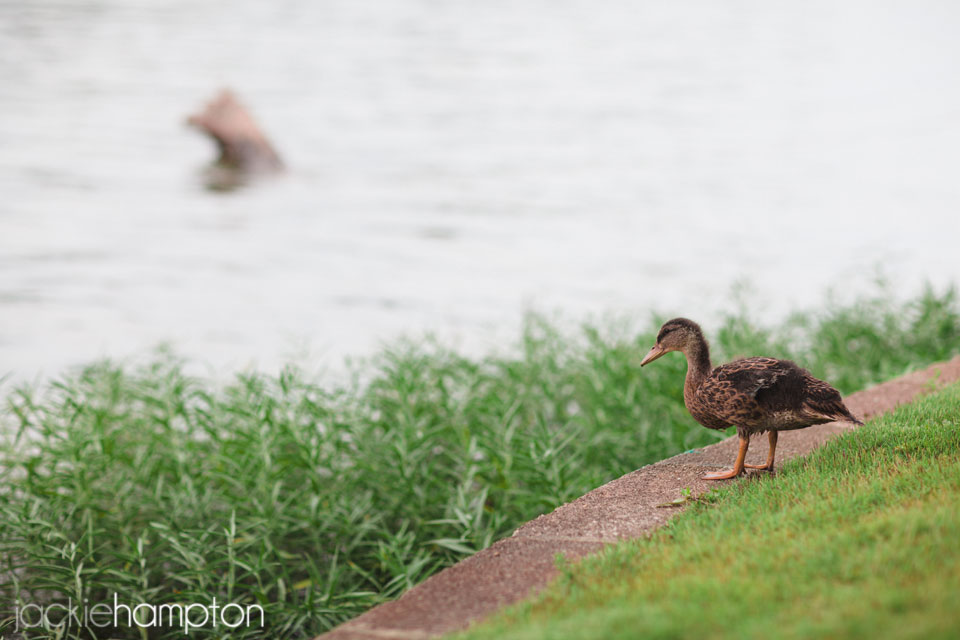 The lake is still his favorite bathing spot. Ever. 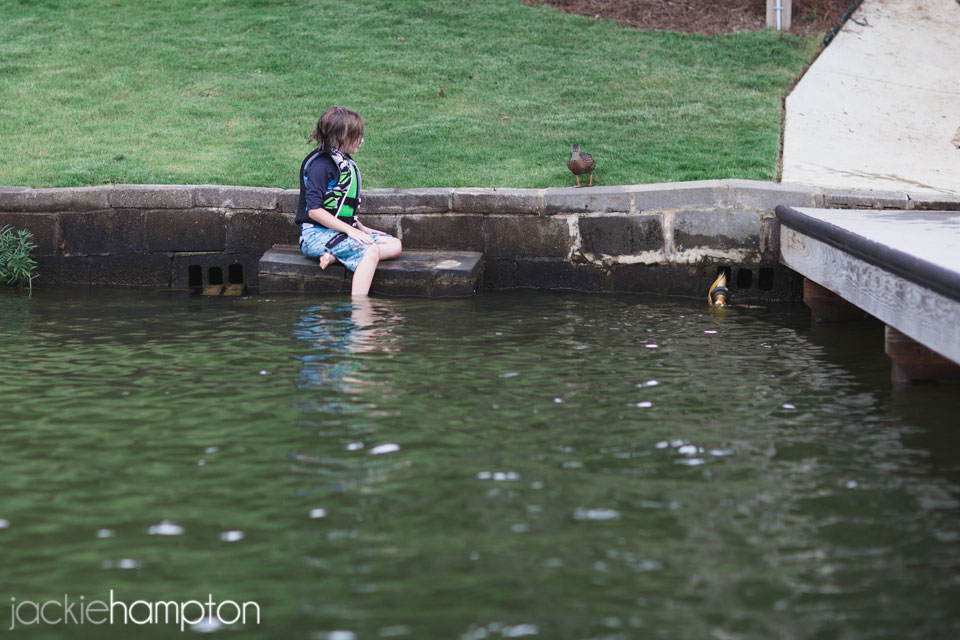 Once he finds the courage to get in he proves the instinct to swim comes naturally, even if you only have humans for companions. 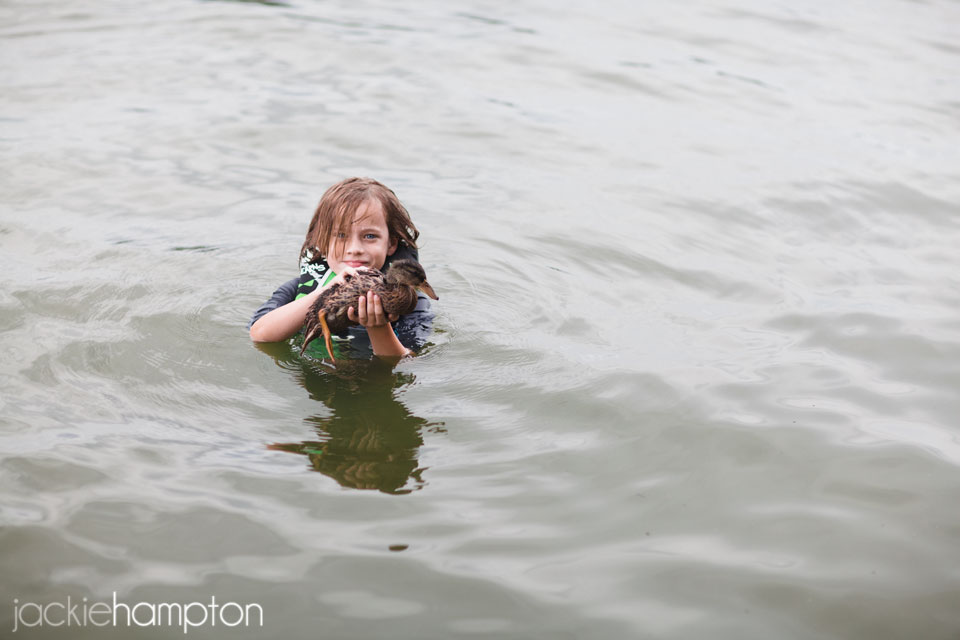 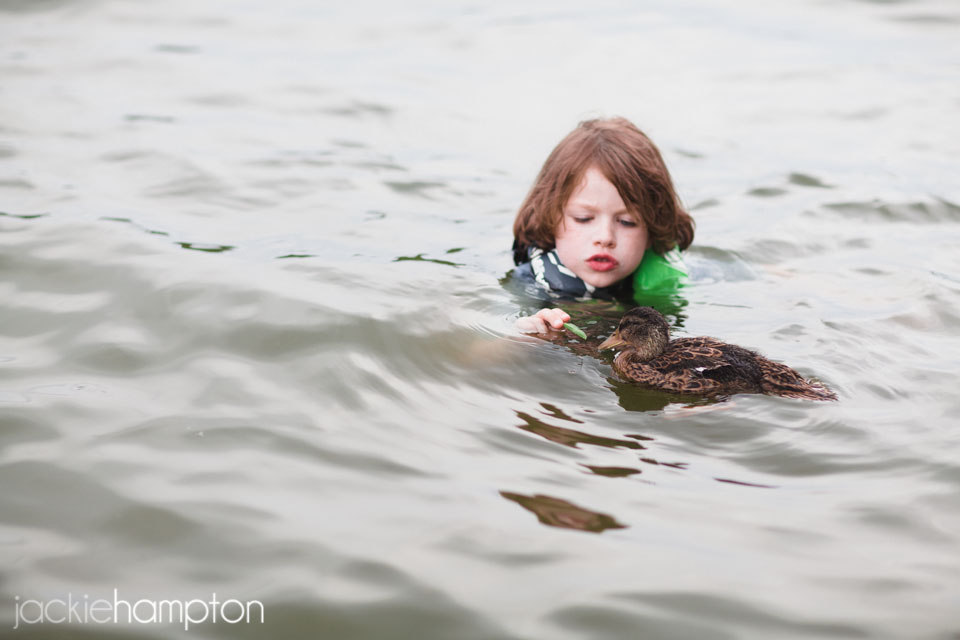 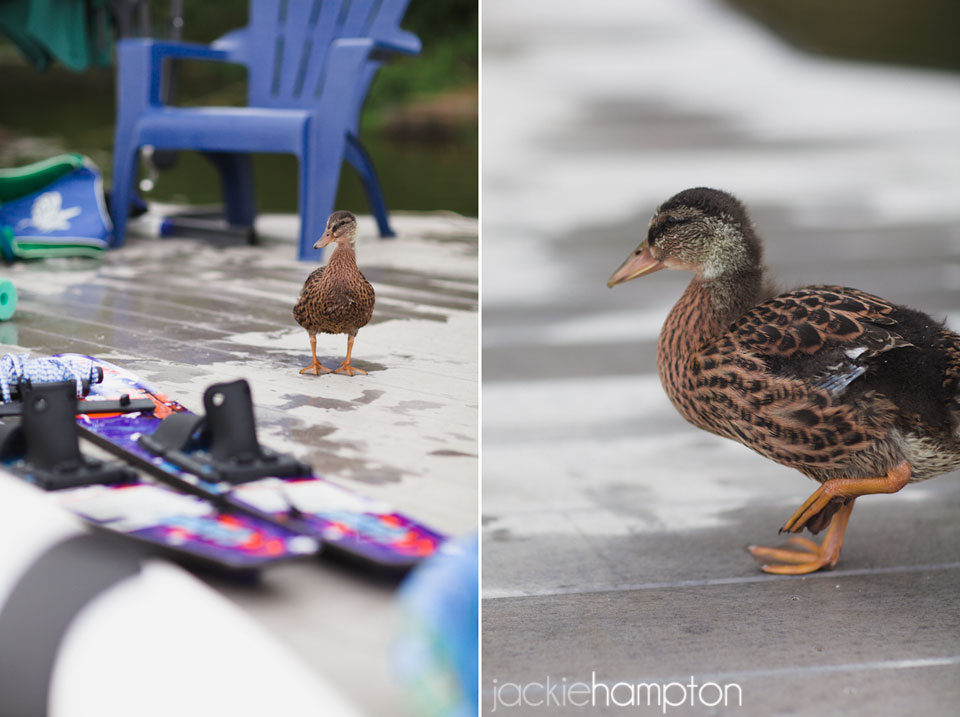 Completely unalarmed by all the human dock toys. I’m not so sure we’ve done a very good job at keeping this duck at arms length. In fact, I’m sure we’ve grown pretty attached. With the eight week mark coming up, I’m not sure we’ve done enough to ensure he’ll survive on a lake. I worry a lot that he is too friendly with us and might make himself easily caught, and then I remember how many treats it takes to coax him out of the lake water and I feel a little better. 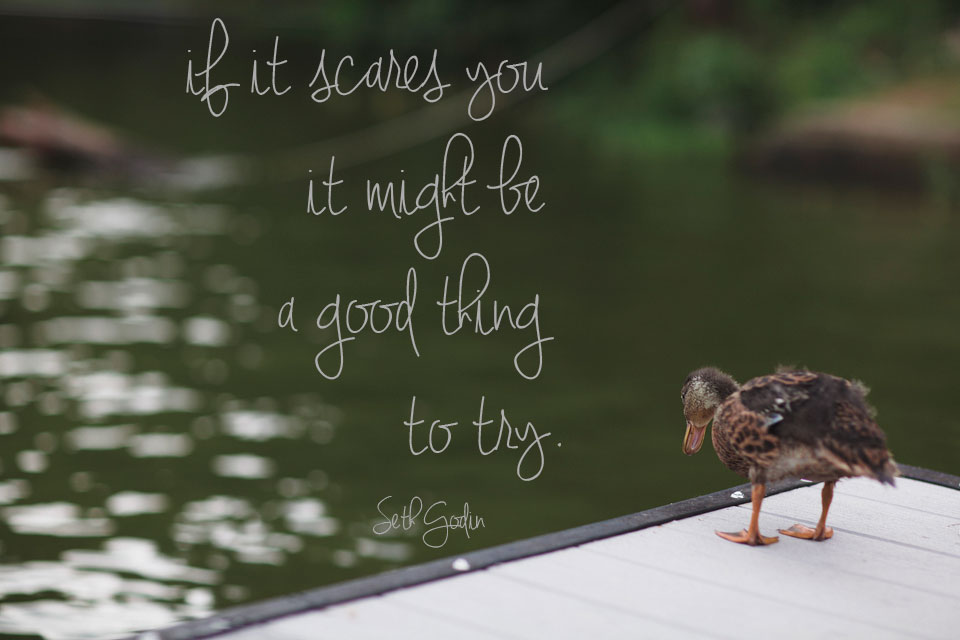