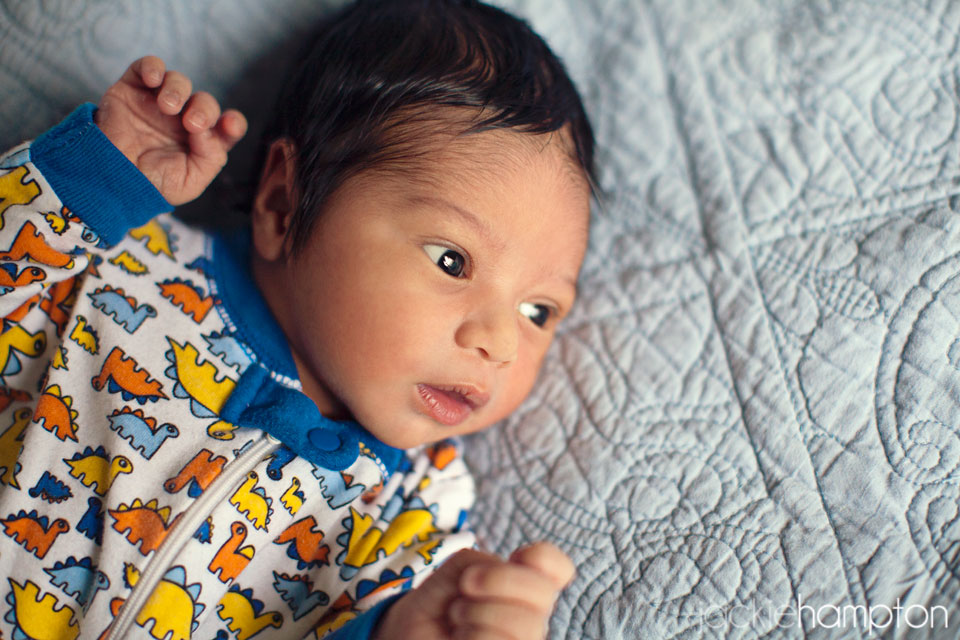 This is my latest little nephew, Noah. He was born several weeks ago and was welcomed gladly by his herd of boy cousins. We know how to do snips, snails and puppy dog tails in this family. 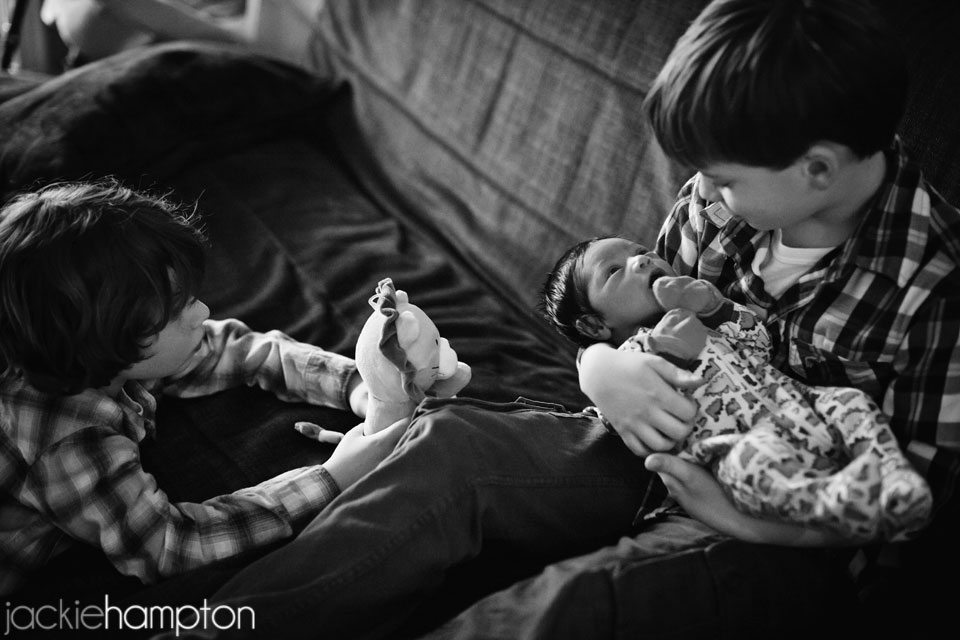 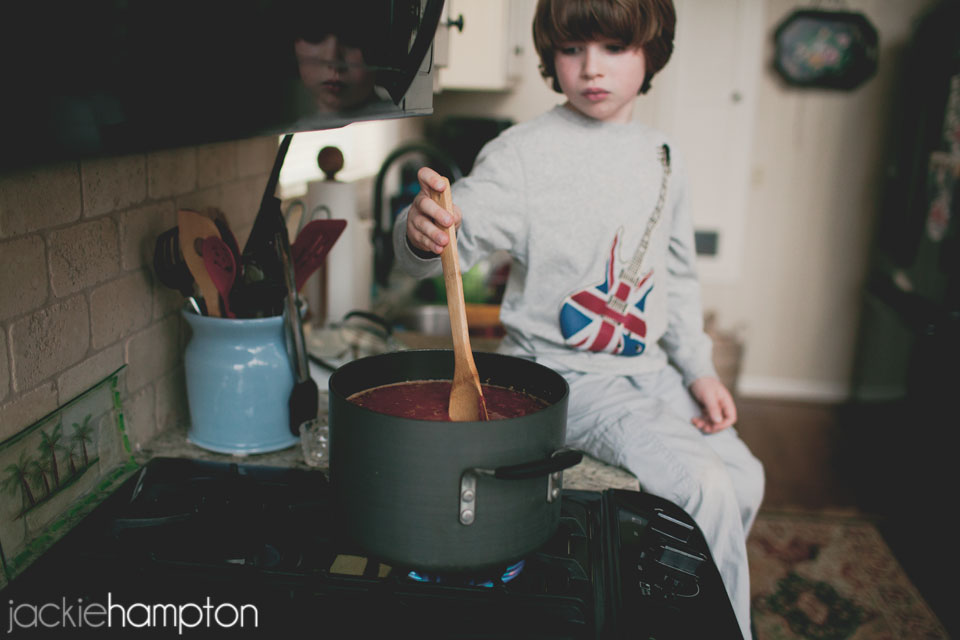 This is the last picture of Jon with long hair. Maybe ever. A few weeks before his birthday he started requesting a shorter hairstyle. And since I’ve always let the boys do whatever they wanted with their hair, he got what he asked for. 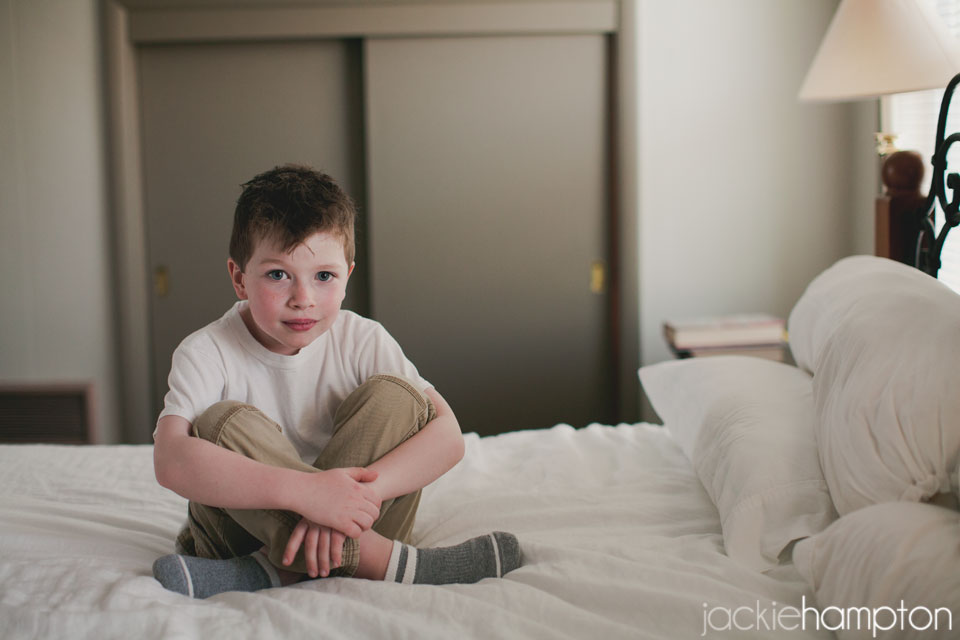 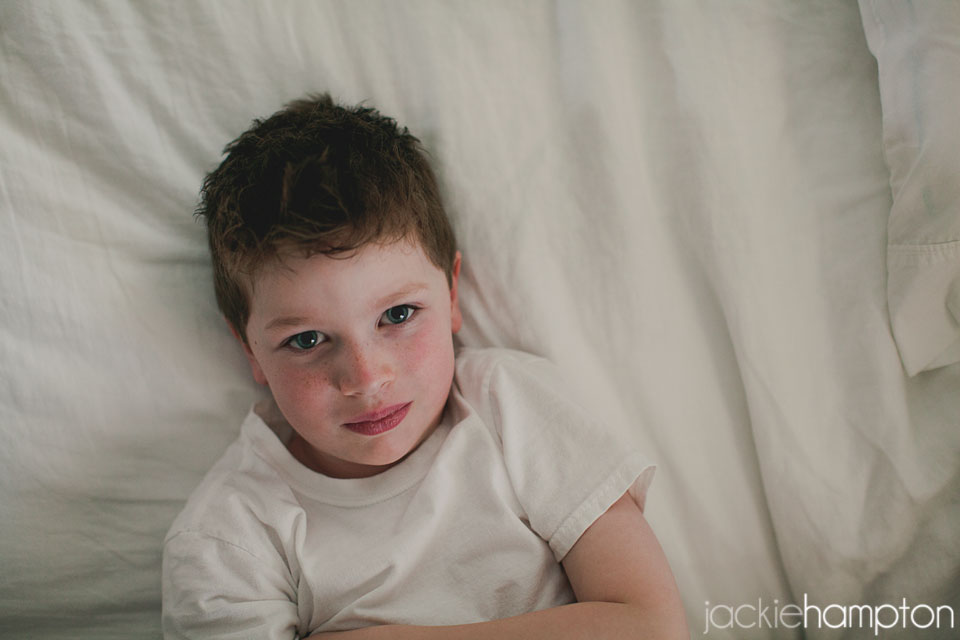 And he really likes it. No surprise there. So chances are he’ll never be mistaken for a little girl again. But if you could peek inside his mother’s head, you’d find he’ll forever look like this: 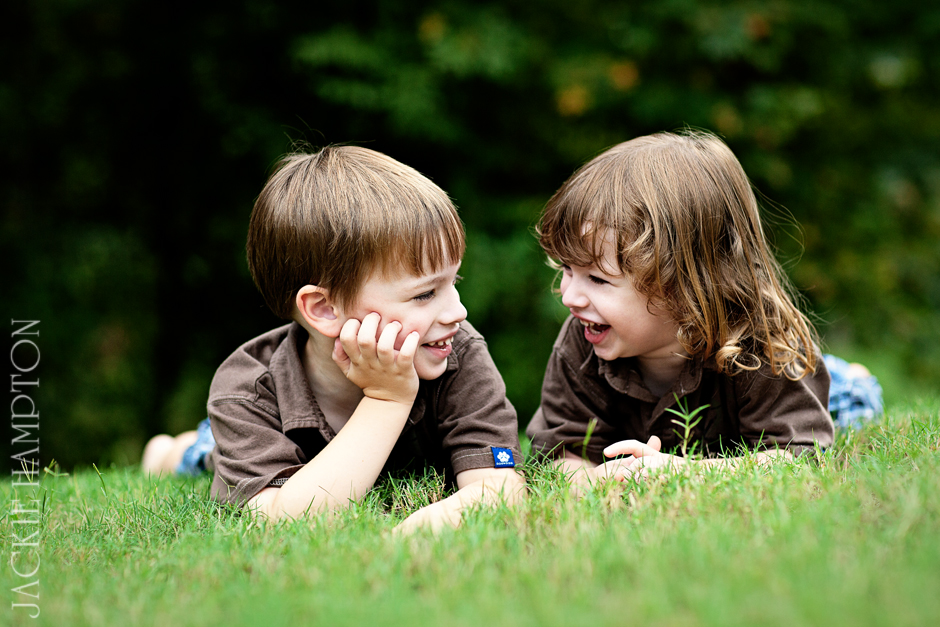 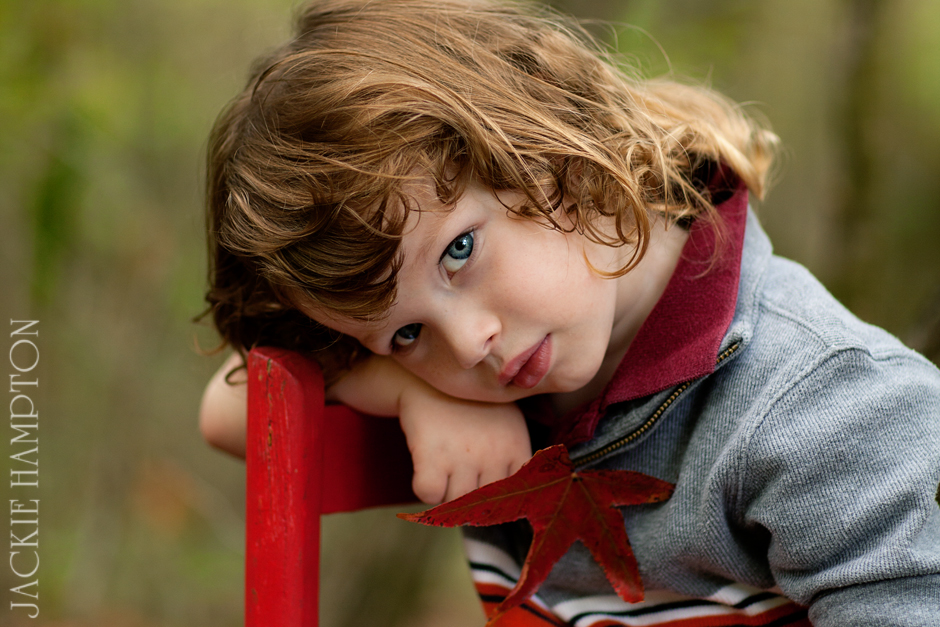 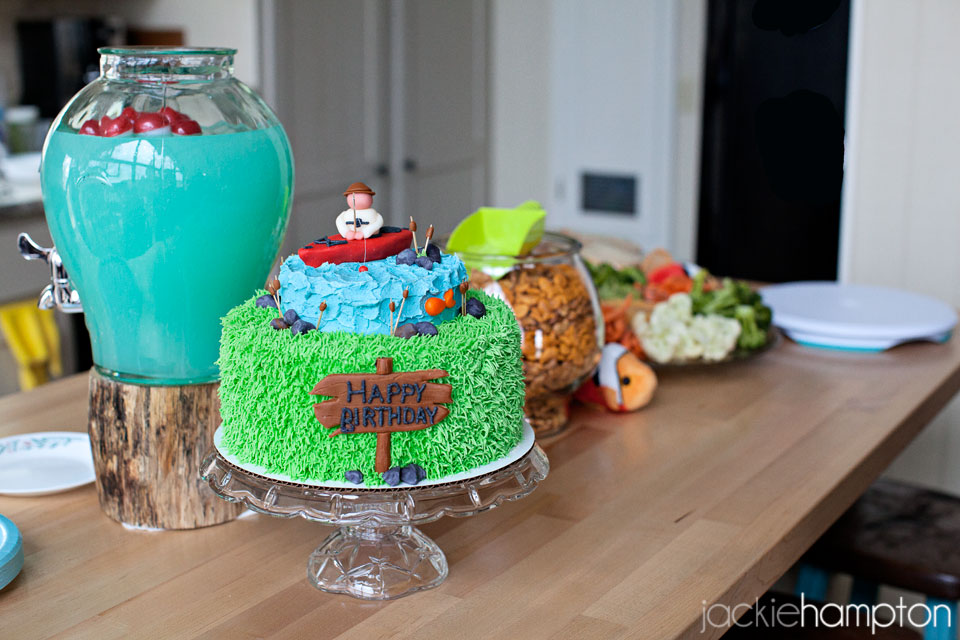 We had a lake themed birthday party for the boys last weekend, complete with all you can eat goldfish and “lake water”. It was a sugarful start to Spring break. My brother, Michael, grabbed my camera and snapped these photos of the party so I could better devote myself to cramming the kids’ hands full of gummy worms every time they passed. 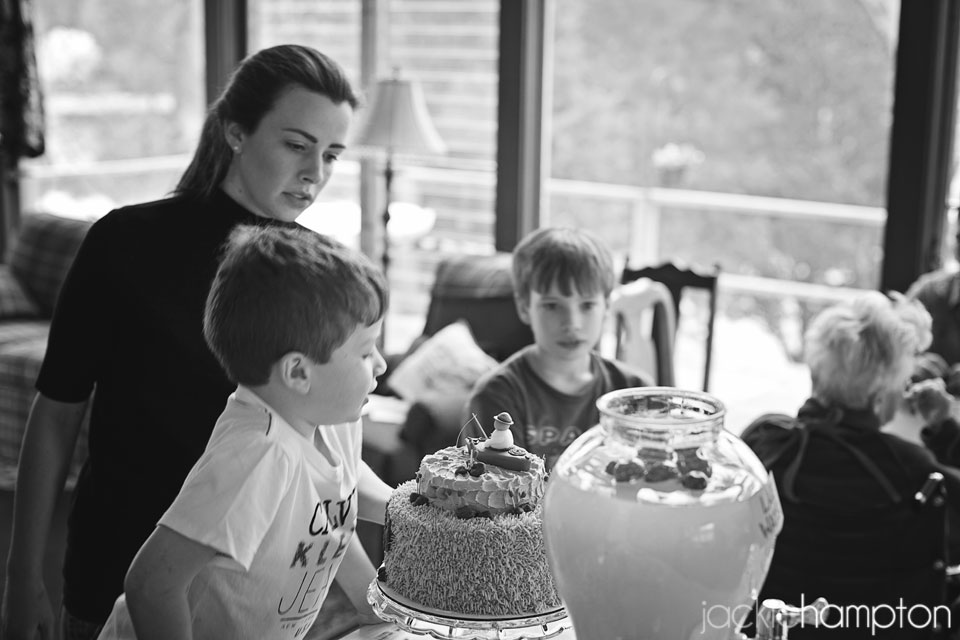 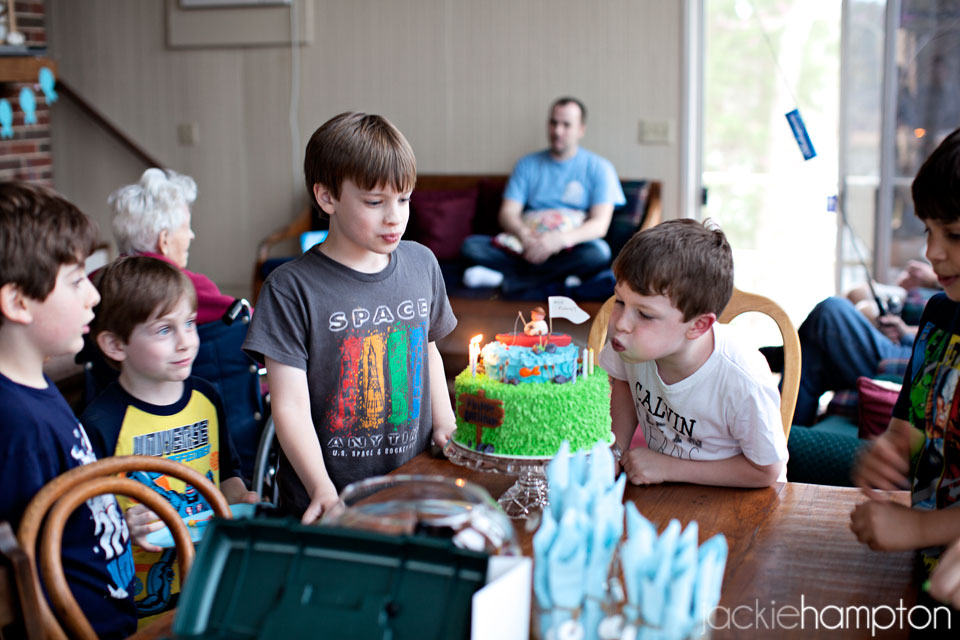 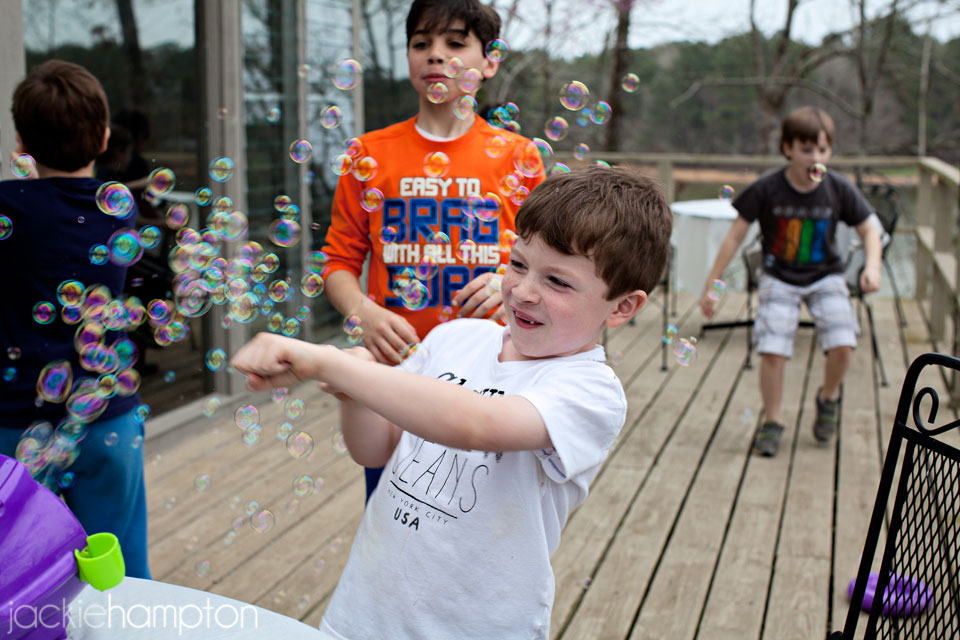 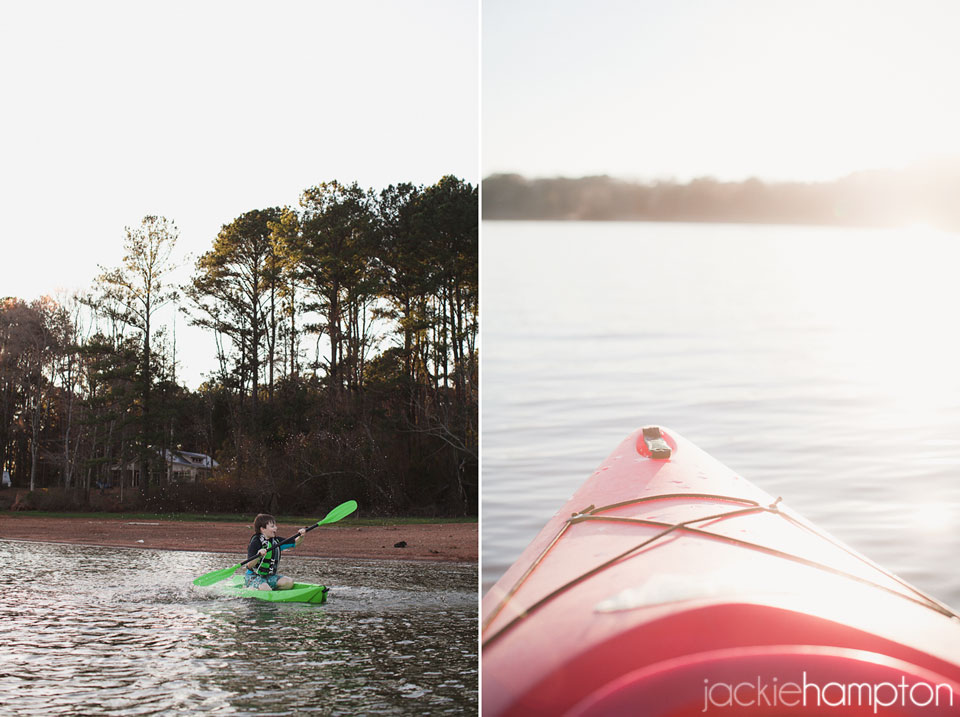 Speaking of the lake. It’s still too cold for swimming but the boys have been asking daily. So we broke out the kayaks on a warm afternoon and donned swimsuits because if you can’t be in the water… being four inches above it is the next best thing. We didn’t quite make it all the way without someone falling in. It was Jackson’s first time on the kid sized kayak that the boys got from their Great Aunt Vickie for Christmas and he “accidentally” went overboard… twice. 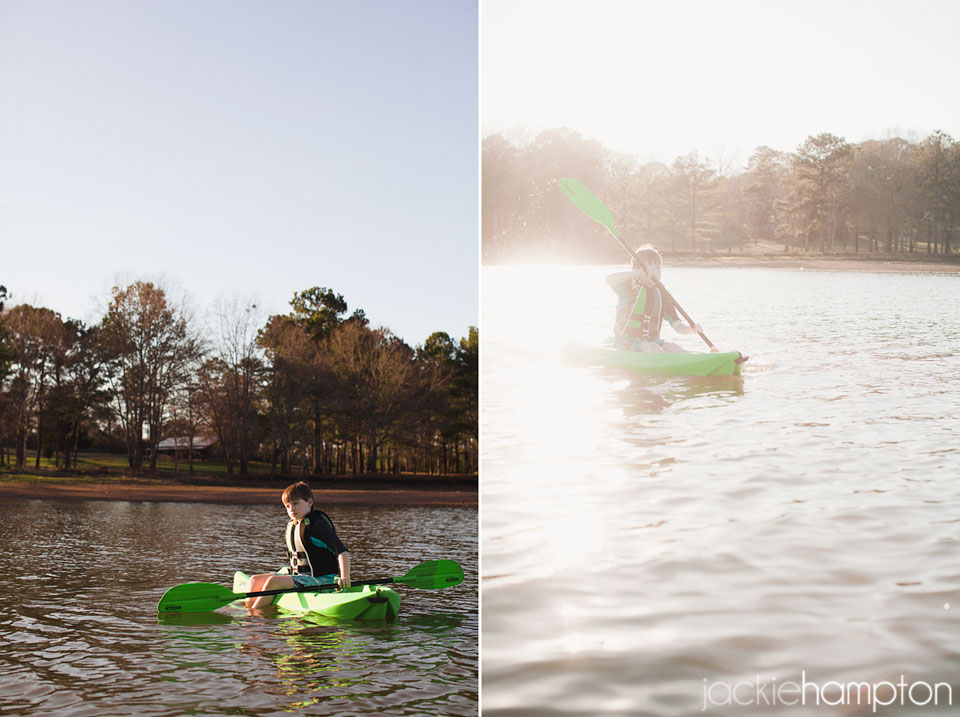 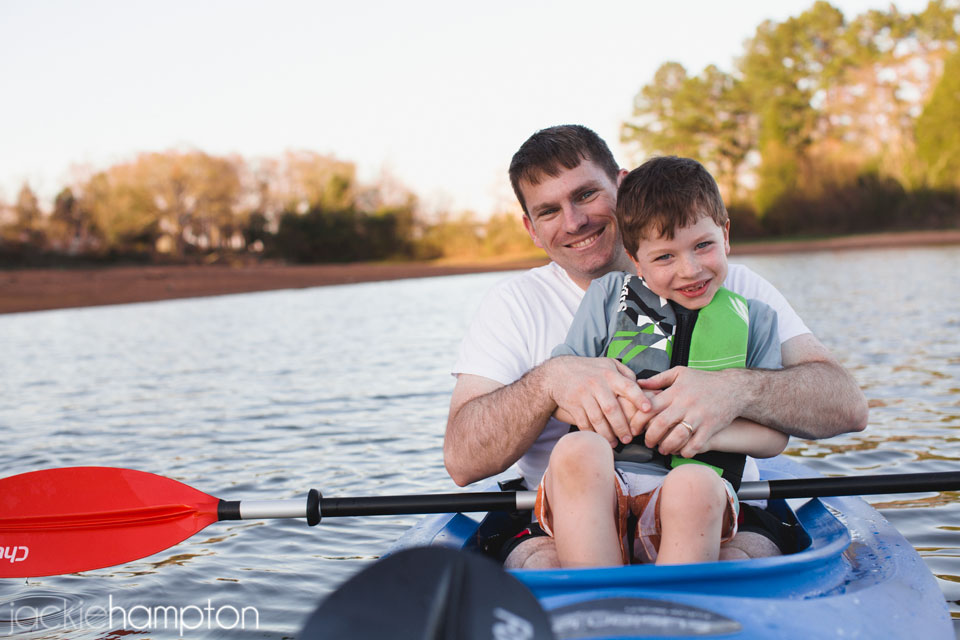 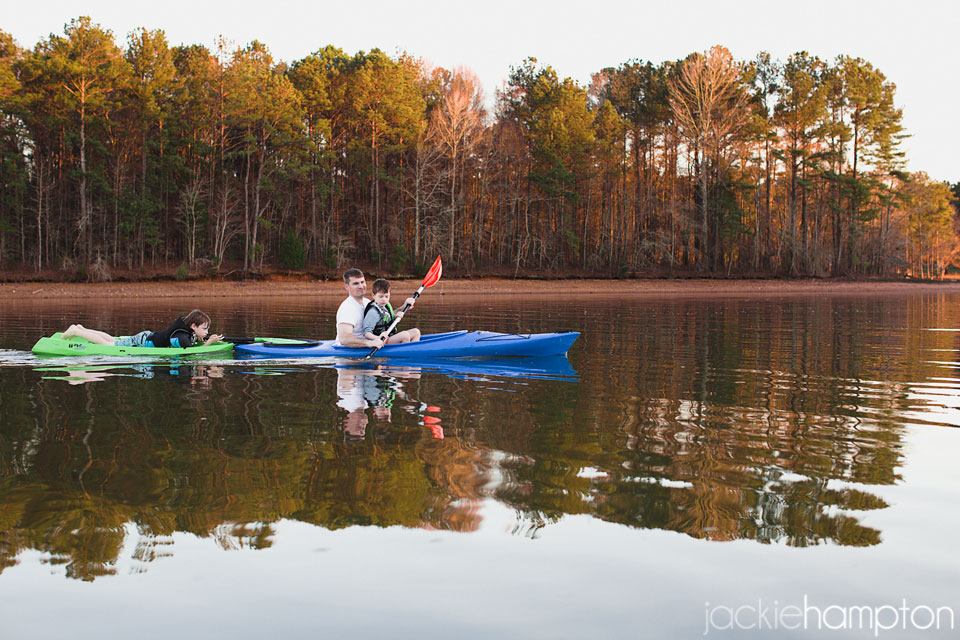 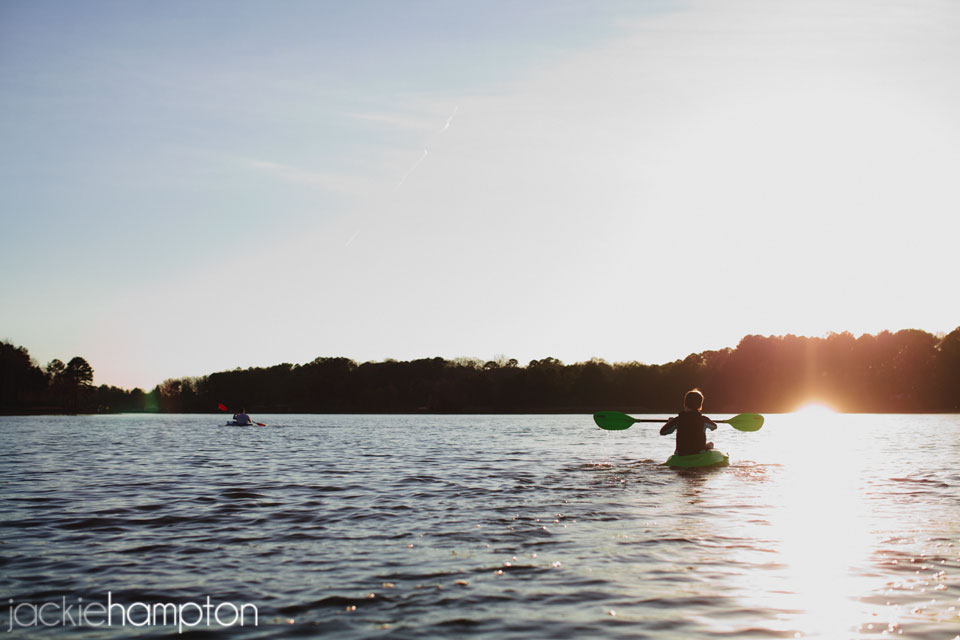 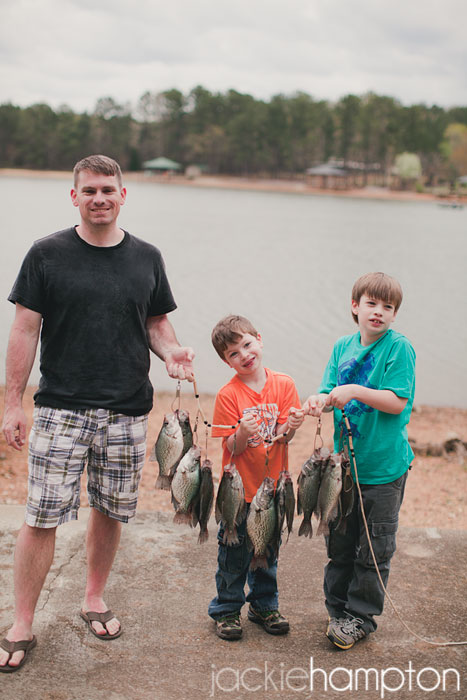 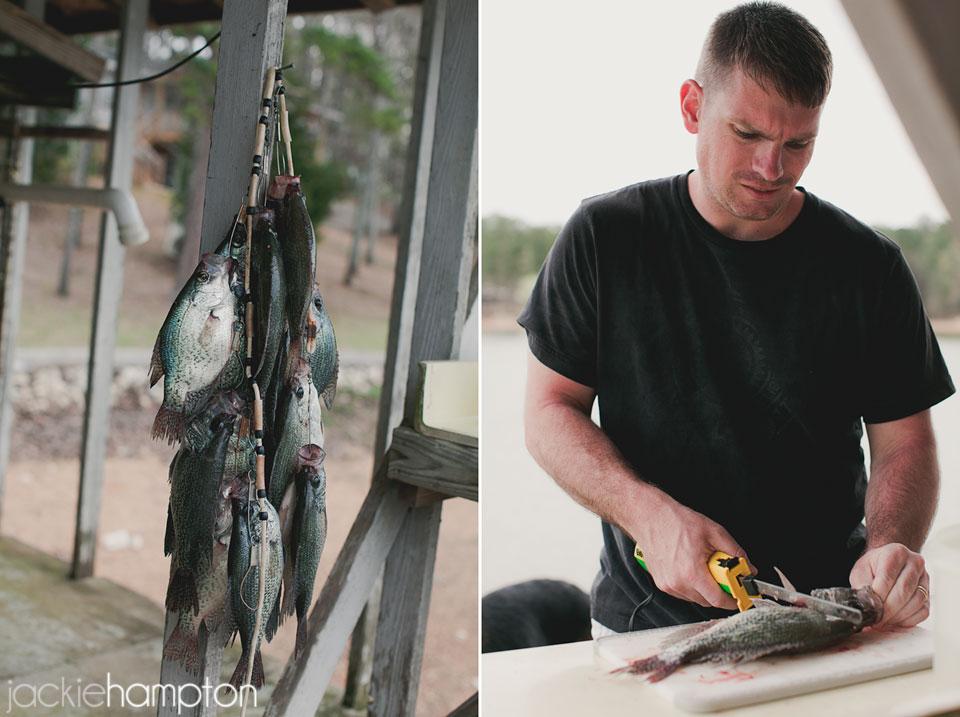 Also among the perks of lake life is Fishing. In the interest of being honest, my aunt and uncle caught most of the fish on that string. Because they are expert fisher people and we are… not. However, Caleb did accidentally catch a large one while his pole was unattended on the dock and he was trying to get my line unhooked from a tree branch. And Jackson caught an even bigger one all by himself. Also, after a quick lesson, Caleb filleted most of the fish on the string. Which definitely counts for something because it is a lot harder to fillet a fish than it looks. There’s hope for us yet, I think. 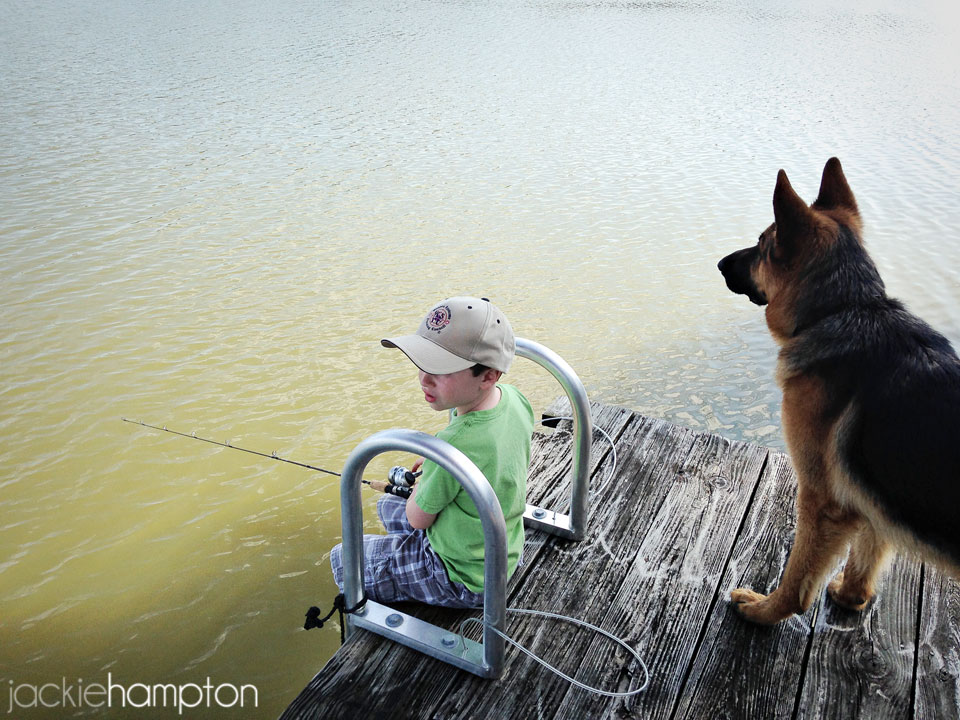 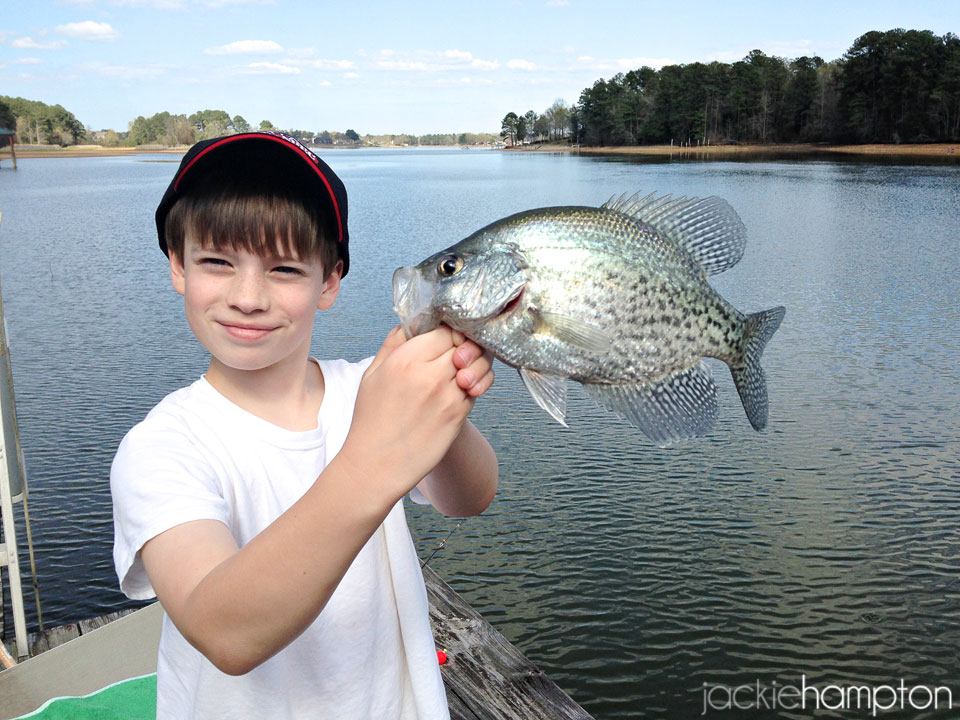 iPhone photos. Because fish slime and nice cameras do not mix.

Marian Frizzell said…
Jonathan looks so much older. Wow. I'm planning Owen's first haircut for this coming week (although Josh is dragging his heels), and I'm already a little sad about the baby curls.
April 1, 2015 at 9:59 PM