the thing about short goals 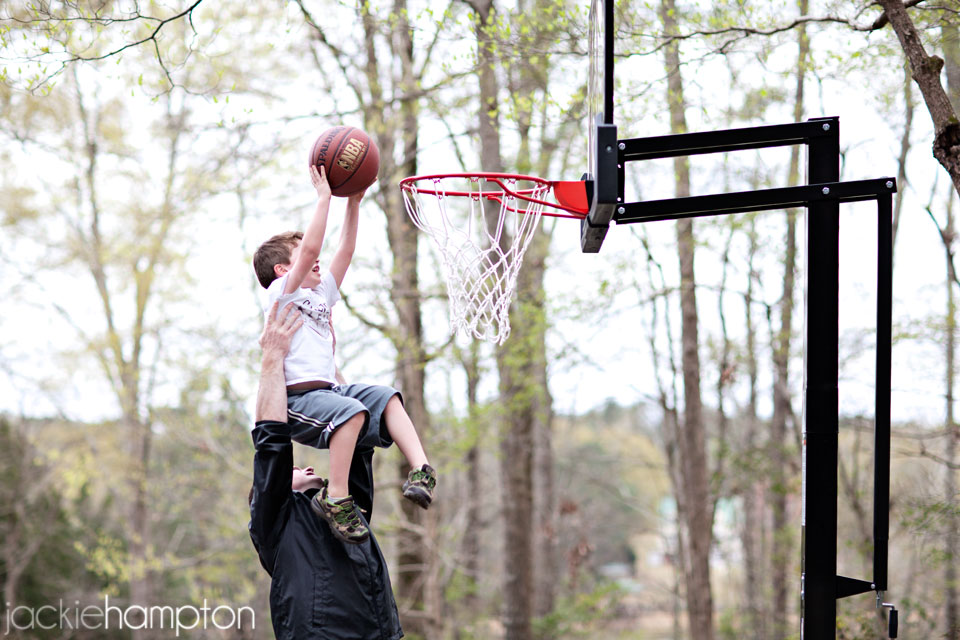 Adjustable basketball goals are awesome for short people, we’ve discovered. Jack and Jon received one from Nana and Grandaddy for their birthday in March and Caleb wasted no time piecing it together as soon as the box was delivered to our driveway. He and I are both a bit vertically challenged, and it’s still too early to know if Jack and Jon will take after us, or be more like their uncles… tall, taller and tallest. 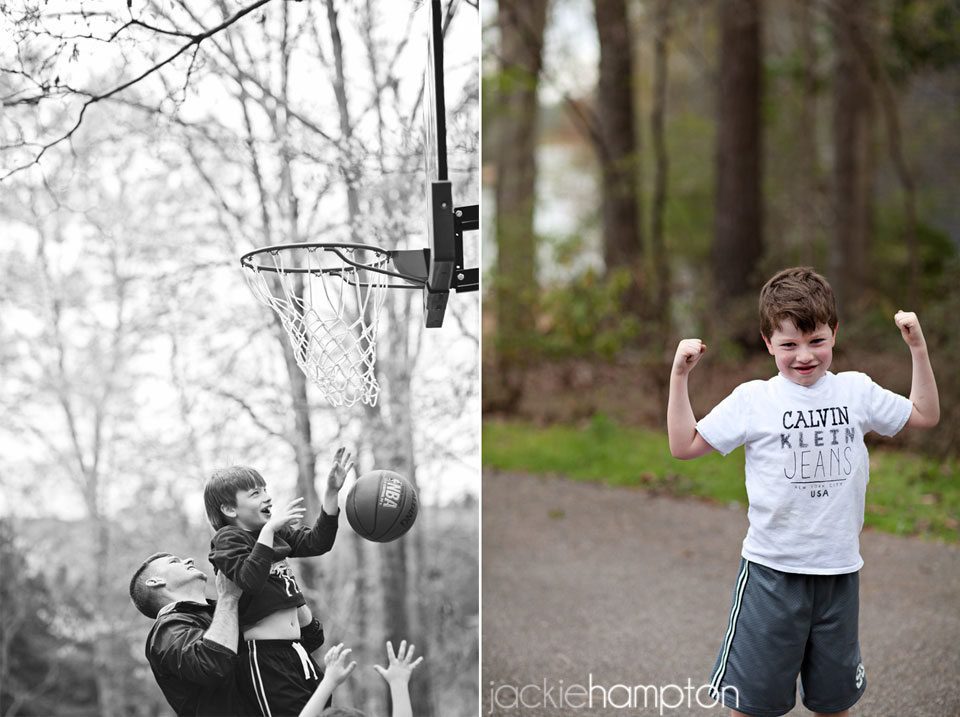 The best thing about the new basketball goal is the ability to lower it closer to the ground. Because trust me, there’d be no assisted slam dunking if the net was at regulation height. 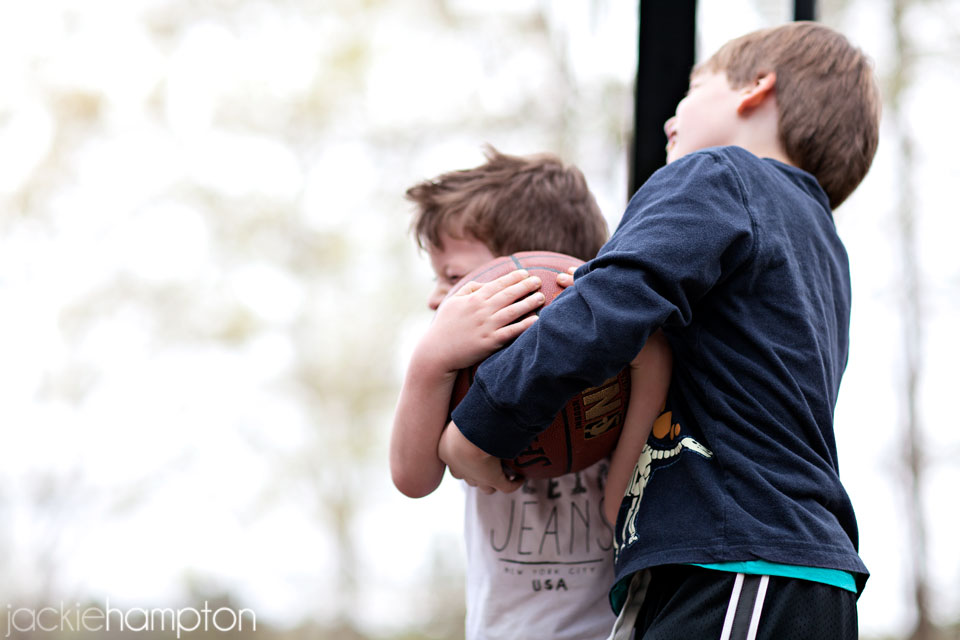 Also, it gives the littlest (and definitely most competitive) member of our family a fighting chance to get the ball in on his own. That’s a win all around. 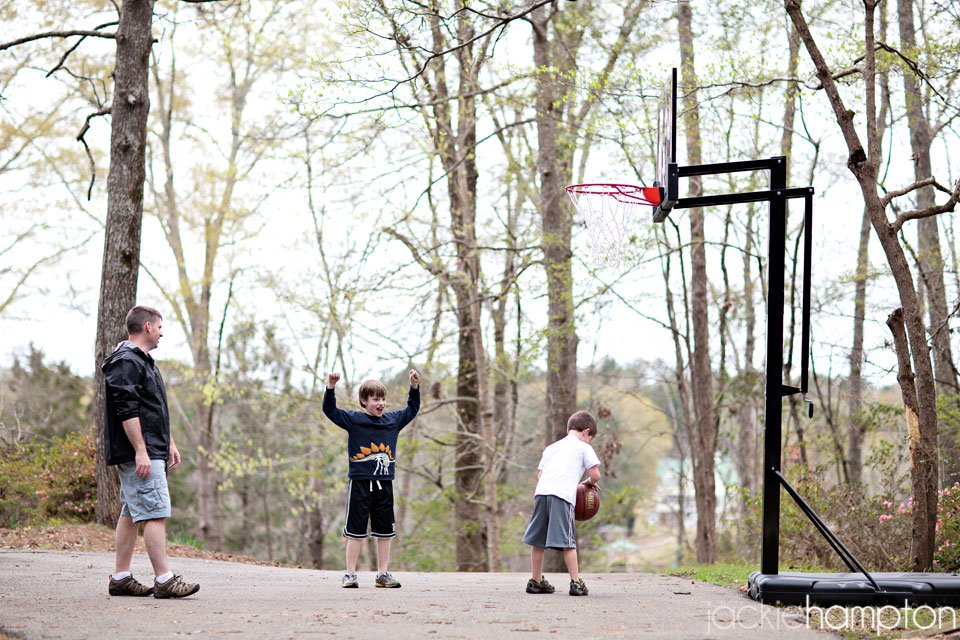 Now, the not so great thing about having a short goal is what happens when you leave it down low to the ground. And lets just assume Caleb parks his truck in front of it every day (because he does). 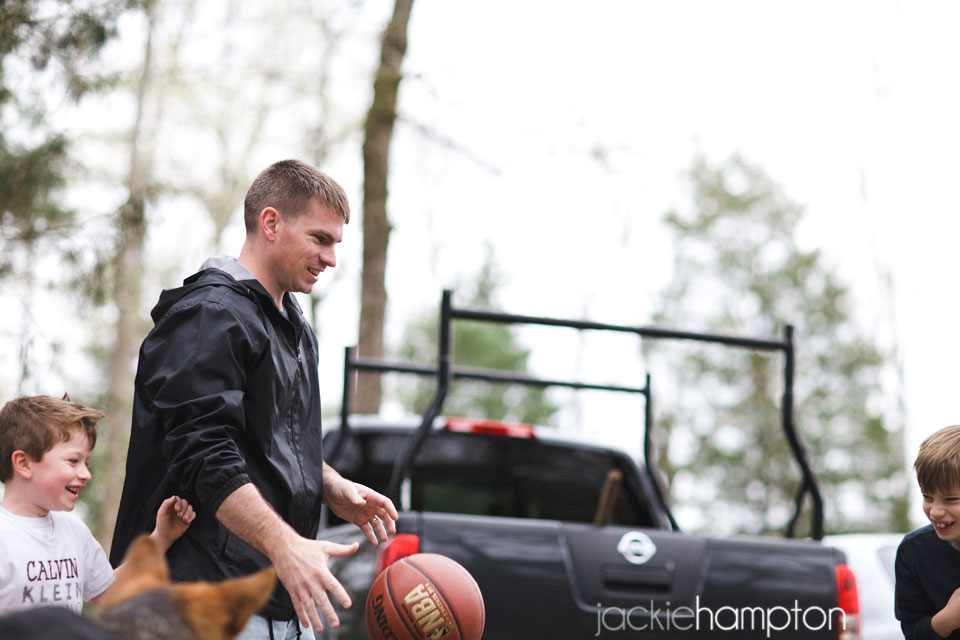 Lets just say he has a very tall rack attached to the bed and has to back out very carefully in order to avoid snagging the poles on the basketball net (because he does).

Lets also assume the very first time he let me take his truck to the grocery store I backed out very carefully to make sure I didn’t hit the goal post (because I did).

Lets just say I was so happy with myself for making that three-point-turn without denting anything that I failed to notice the truck rack poles completely entangled with the basketball net (true story).

Lets just say when I hit the gas and zoomed off down the driveway I was utterly flabbergasted when there was a enormous crash and I looked back to see the entire basketball goal on the ground behind the truck (also true). 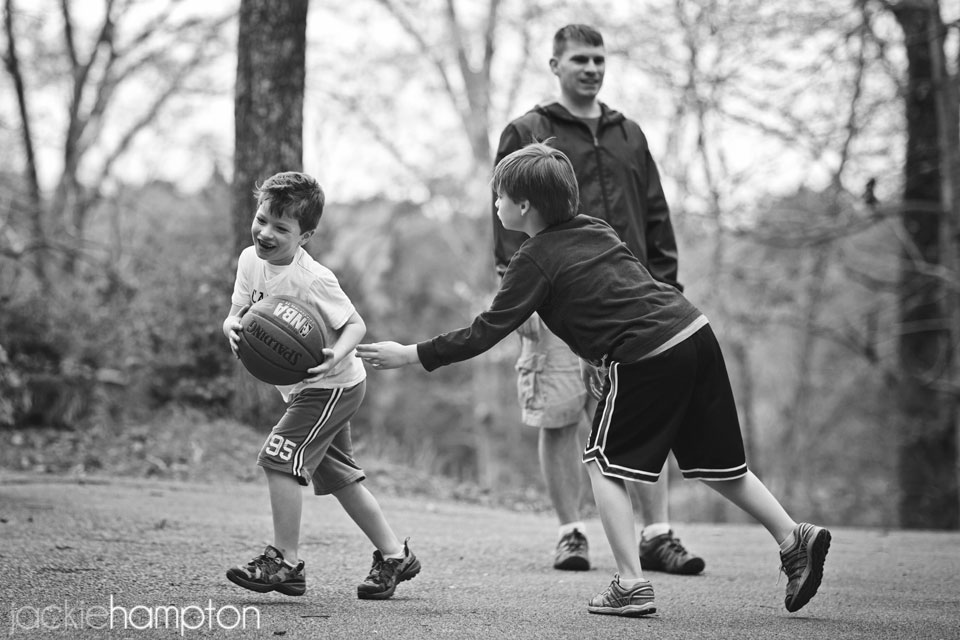 Lets just assume I won’t be backing the truck out again without supervision (of my own choosing, m’kay).

Marian Frizzell said…
Driving is hard. I lowered the garage door the other day only to discover...the trunk was still open. Did the sensors make the garage door stop on its own? No. It repeatedly bashed the open trunk all the way down.
July 20, 2015 at 8:55 AM