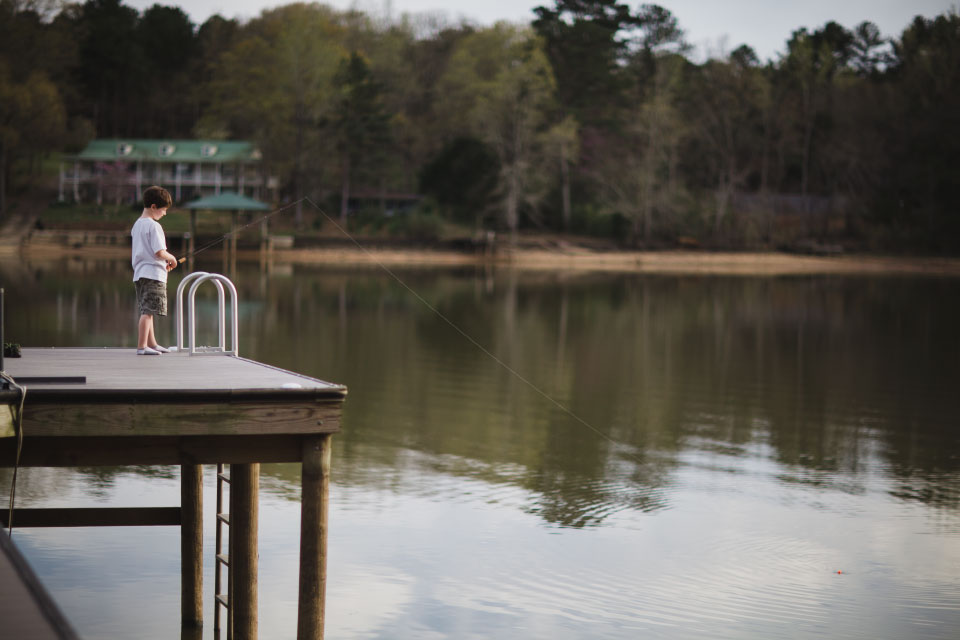 Quite by accident I found myself in the fishing department of Walmart last week. There is just one big box store in this little lakeside town, so naturally during the spring and summer months the fishing department is extra beefy. I know because I’ve been there a lot. It goes like this. I’m walking along and then I glance over and suddenly I’m sucked into the aisle full of shiny lures and fishing poles organized by size. And I’m hooked. I find myself standing in front of hundreds of different bait, a rainbow of colors in tiny packages.

I want them all.

Which isn’t to say I’m deluded enough to think that having all those lures will make me a better fisherman or catch me a bigger fish, but I fall prey to the pretty. And sometimes I think having a tackle box overflowing with colorful bait of all shapes and sizes will make the fishing experience so much better.

The problem with all these lures is that there are just too many. In tiny packages. With zero instructions on how to use them. I’m sorry but “guaranteed to catch crappie” is NOT helpful. One thing I’ve learned is that different lures have different methods of use. Certain colors work better in sunlight or murky water or at night. And then you have to know the proper “retrieval method”, which means the best way to reel in the lure so it performs correctly and attracts a fish.

And you thought fishing was easy.

I don’t have an overflowing tackle box yet, even though I have purchased a few lures over the past year. A few I have lost in the water and a few have produced fish. But I admit that my method for picking bait is a bit flawed. For one thing, I tend to gravitate toward whichever lure I think looks the most attractive. Like, if I were a fish what would look tasty to me. Another thing is I wait until I get home with the lure and then I google “how to use a __________ jig”.

How did people learn to fish before the internet?

So far I have been lucky. The “pick the prettiest” method worked just fine when I caught that bass, except that it was a crappie lure. But whatever. It caught a fish.

Then last week when I found myself again in the fishing department, I decided I might like to try a bigger lure. You know, because my in depth understanding of the crappie brain tells me that bigger fish go after bigger bait.

So I get home with the lure, I rip open the package, attach it to my fishing pole and then I sit down and start researching how to use it. My first inclination that I might be in over my head was the first article that popped up. The gist of the introduction paragraph was that most fishermen might avoid this particular lure because it was more difficult to use. Super. I read on and soon found out the best way to use the lure was to drag it along at 1.5 mph behind your boat.

Could that information not have been included on the package? Like right under “guaranteed to catch crappie”, in fine print, “boat not included”???

It looks nice in the tackle box, though.